New Delhi, India: According to the Ministry of Finance, the government does not collect data on Bitcoin and has no plans to recognise it as a currency. The Ministry responded it, after Lok Sabha members Sumalatha Ambareesh and DK Suresh inquired if the government is aware that Bitcoin transactions have been quietly growing in India in recent years.

Bitcoin is a digital currency that enables people to purchase and sell goods and services without the involvement of banks, credit card companies, or other third parties. It was created by an unidentified group of programmers in 2008 as a cryptocurrency and electronic payment system. It is said to be the world's first decentralised digital currency, with peer-to-peer transactions taking place without any intermediary.

Meanwhile, during the current Winter Session of Parliament, the government intends to introduce the Cryptocurrency and Regulation of Official Digital Currency Bill 2021. The bill aims to outlaw all but a few private cryptocurrencies in order to foster underlying technology while allowing the RBI to create an official digital currency. In response to another query, Sitharaman stated that during the current fiscal year's April-September period, ministries and departments spent Rs 2.29 lakh crore on capital spending.

This is 41 percent of the Budget Estimate (BE) for 2021-22, which is Rs 5.54 lakh crore. She stated that the real expenditure in the current fiscal year is around 38 percent greater than the similar expenditure in FY 2020-21. 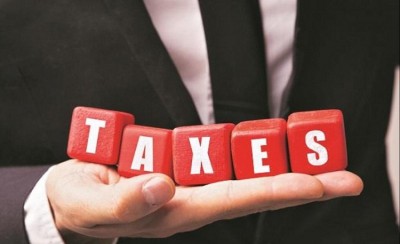