Nora Fatehi shares photo of little fan and wrote, 'We are going to get married' There is big news about Nora who has made everyone crazy with her dance and acting. Famous dancer Nora Fatehi has recently made a big disclosure on social media about her partner. She is one of the most active actresses and tells her everything to her fans. Now this time she has become part of the discussions due to disclosure about her husband. 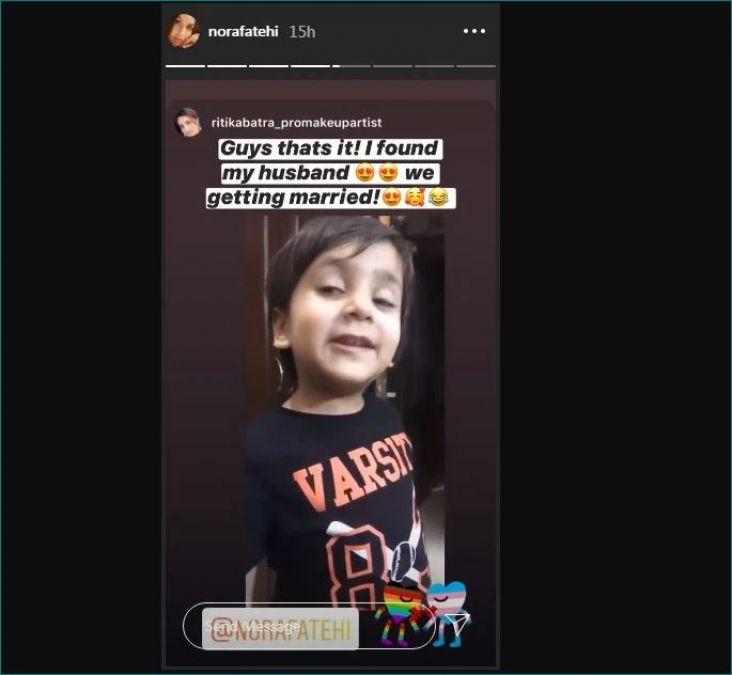 Her fans are never been behind in proposing Nora for marriage through social media. Now this time too, she has got a proposal of marriage. She has told her fans about this. Recently Nora has shared a video of a child on the story of her official Instagram account. In this video, the child is seen in a cute style proposing to Nora Fatehi for marriage. Sharing the video of this child, Nora has written, 'Friends, I have found my husband. we are getting married'.

Her post on social media is fast gaining headlines. Before this, Nora was in the discussion due to her followers on her social media. Recently, she has more than 1.4 crore followers on her Instagram account. For this, she also thanked her fans. Recently, she shared the video and wrote in her post, 'I am celebrating having 1.4 crores with this video which changed my life. In Bengaluru, in the year 2018, I performed solo during the Miss India Awards. This video created a stir on the internet and I found the song Dilbar.'