Bollywood actor Irrfan Khan's demise shocked and saddened his fans and closed ones. His departure is a big loss for the film industry. It has also lost a veteran and best actor. Irrfan Khan died around noon in Kokilaben Hospital in Mumbai. There has been a wave of mourning in Bollywood since an official statement released by her spokesperson.

'Star Wars: The Rise of Skywalker' to be released ahead of schedule on Disney Plus

Irrfan Khan's fans and many Bollywood actors expressed grief over his demise and have comforted the family. Hollywood veterans have also paid tribute to the actor. Hollywood director Colin Trevor has also paid tribute to Irrfan Khan. He wrote, "I worked with Irrfan in the Hollywood superhit film series 'Jurassic World' released in 2015." On his Twitter handle, Colin wrote that he is very sad to hear about Irrfan's demise.

Why writer Greg Daniels inspired by his hairdresser?

In this tweet, Colin wrote that, "I am deeply saddened to lose Irrfan Khan. A thoughtful person whom the world around, even the pain seemed beautiful. Irrfan Khan has left a different mark with his work in many Hollywood films."

Deeply sad to have lost #IrrfanKhan. A thoughtful man who found beauty in the world around him, even in pain. In our last correspondence, he asked me to remember “the wonderful aspects of our existence” in the darkest of days. Here he is, laughing. pic.twitter.com/8eAsSOO9Ie

Sarah Michelle Gellar does this thing to ‘Embarrass’ Her 2 Kids 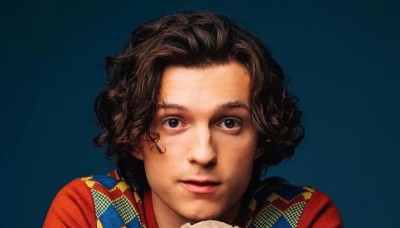