New Delhi: India has made steady progress in poverty alleviation after decades of conflict thanks to a number of wise political decisions, but it is still far from there, and the flurry of military spending may help solve or solve the problem. Won't do it lightly.

The multi-million dollar INS Vikrant, the first aircraft carrier built and designed in India, was commissioned under the direction of Prime Minister Narendra Modi. Along with other similar ambitious initiatives, the nation will soon receive a multi-billion dollar Russian missile system.

This strange investment comes at a time when world polarization is reaching dangerous new heights. In South Asia, any miscalculation or misadventure can lead to a catastrophe that cannot be prevented in time. One of the important geo-strategic lessons to be taken away from the most recent conflict between Russia and Ukraine is how dangerous it is to militarize politics and hoard weapons because war and destruction will inevitably result in multiple weapons.

So according to a company official, Swedish defense company Saab on Tuesday launched a manufacturing facility in India for the Carl-Gustaf M4 shoulder-fired weapon system as part of the NDA government's 'Make in India' initiative for domestic support. announced its intention to set up the facility. defense construction.

Even though the company hasn't disclosed the location yet, production at the new facility is projected to start in 2024. According to the new company, Saab FFV India, the most recent rocket launchers for the Indian armed forces as well as components for users of the worldwide weapon system will be produced in India.

The facility will be the company's first Carl-Gustaf M4 weapon system manufacturing facility outside Sweden. Saab is currently discussing this proposal with the army. Since 1976, the Indian Army has used the Carl-Gustaf weapon system, and the country's earlier M2 and M3 variants were produced under licence.

According to Gorgen Johansson, Saab's head of dynamics-business, setting up a production facility for the Carl-Gustaf M4 in India is a logical move, given the company's long and close relationship with the Indian military, one of the system's most important users. is one of.

We are delighted to be able to help India achieve its goal of building a top-class defense industry, and we are proud to provide the Indian Armed Forces with our made in India Carl-Gustaf M4, He continued.

The company is looking at setting up a new venture with 100% FDI, but if that doesn't work out, it will pursue a 74 per cent FDI option with an Indian partner. India allows 100% FDI in defense only on an individual basis. 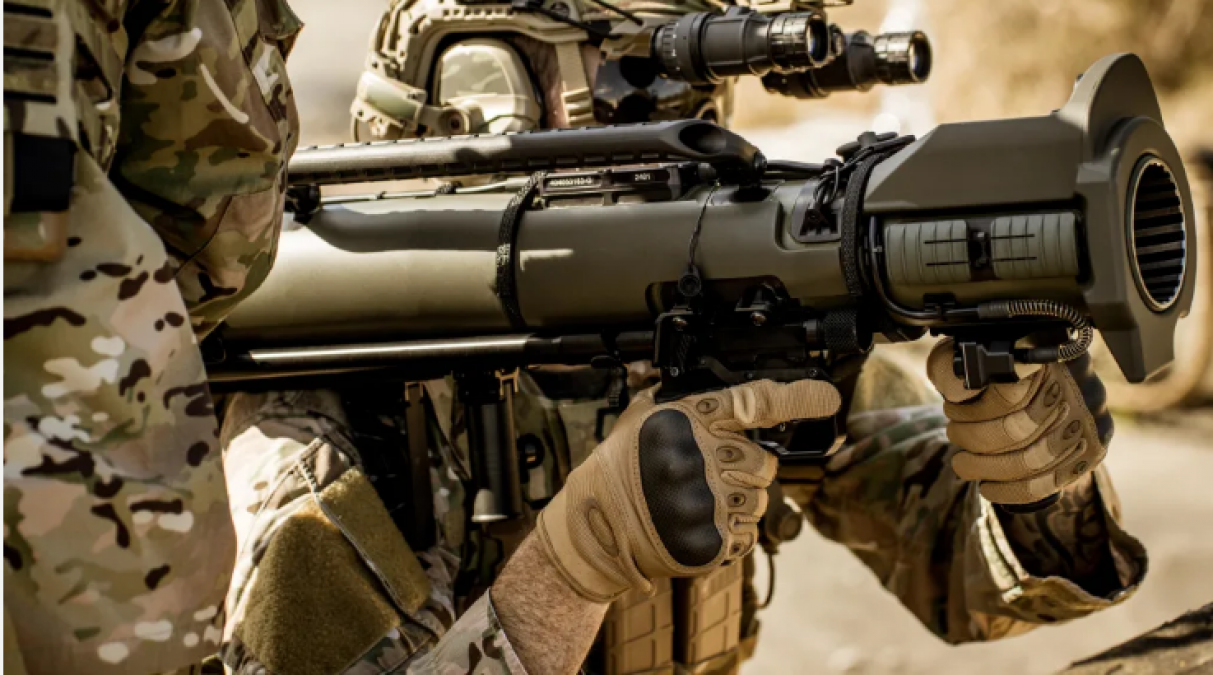 The M4 weapon system has a maximum firing range of 1,500 metres and can fire a variety of ammunition, including anti-armor and illumination rounds.

What is Carl Gustaf M4?

"Karl-Gustaf is a tried-and-tested weapon system that has been used by the military for decades. Creating an in-country manufacturing facility for the M4 variant is in line with Saab's commitment to the Make in India programme. Additional Military Affairs Specialist Lt Gen. According to Vinod Bhatia (Retd), Original Equipment Manufacturers should set up factories in India to benefit from the Atmanirbhar Bharat (Self-reliant India) campaign.

The M4 weapon system has a maximum firing range of 1,500 meters and can fire a variety of rounds, including anti-armor and light rounds.

According to company officials, Saab will collaborate with Indian suppliers to produce systems that are fully compliant with the Make in India initiative. For the Karl-Gustaf M4 weapon, the Saab FFV India will use state-of-the-art technologies, such as the most recent technology to be seen and state-of-the-art manufacturing techniques.

The Swedish company announced that it would partner with Munitions India Limited and Advanced Weapons and Equipment India Limited, two of the seven companies formed from the former Ordnance Factory Board, to produce Carl-Gustaf arms and ammunition in the first M3 variant. Cooperation will continue.