Superstar Dhanush, who made his mark in Bollywood from South Movies, and his wife have divorced from each other. The movie actor gave this information by tweeting. Superstar Dhanush has shaken the entertainment world by divorcing his wife Aishwarya. Fans have got a big shock due to this news. Let us tell you that Dhanush's wife Aishwarya is the daughter of South Superstar Rajinikanth. Dhanush and Aishwarya were married in the year 2004.

Gave information by tweeting: According to media reports, while announcing the divorce, Dhanush has written, 'We were together for 18 years in which we lived together as friends, couples and parents. We have seen a lot in this journey. Today we are parting our paths. Aishwarya and I are separating as a couple now. Please respect our decision and give us privacy.' 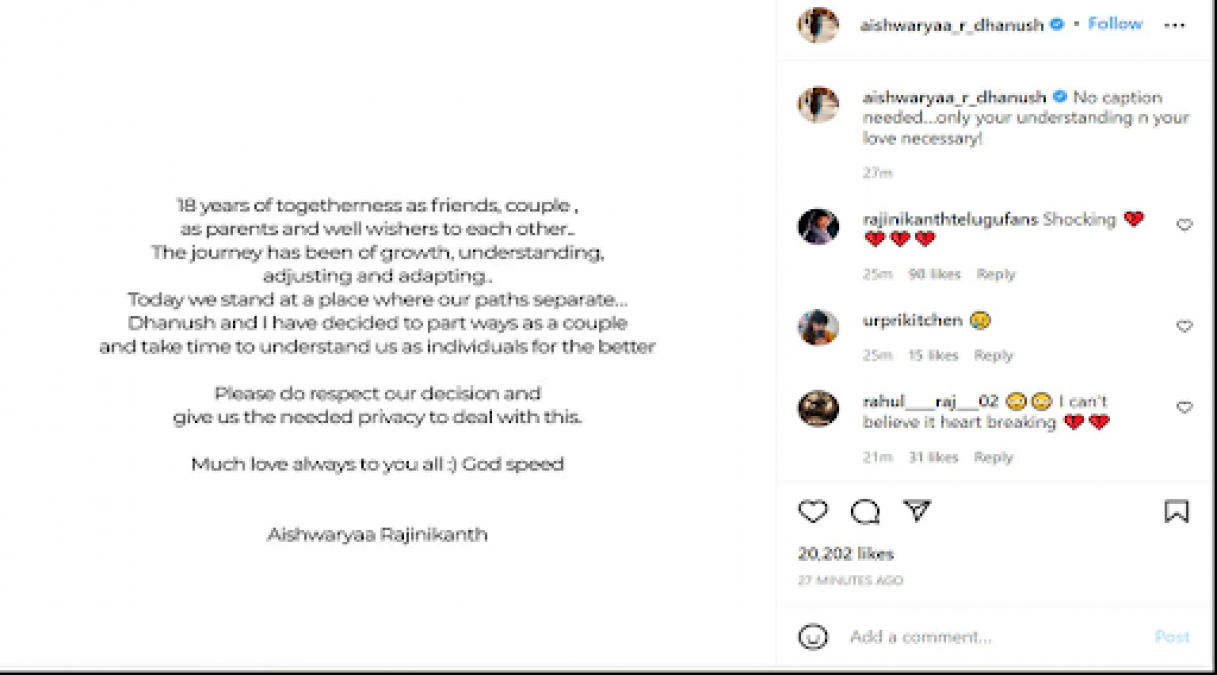 Aishwarya's reaction: At the same time, while sharing the post on her Instagram handle, Aishwarya wrote in the caption No caption needed... just your understanding and your love! Not only this, when Aishwarya and Dhanush got married, Dhanush was just 21 years old and Aishwarya was 23. Both were married according to Tamil customs. Both have two sons, Yatra Raja and Linga Raja.