History of Hiroshima is very scary, knowing it your soul will tremble Exactly 76 years ago, on August 6, 1945, the United States launched a nuclear attack on the Japanese city of Hiroshima. Three days later, a second atomic bomb was dropped on the Japanese city of Nagasaki. Both cities were almost completely destroyed. More than 2 lakh people lost their lives and those who survived, their lives were made worse than hell. So let's know about the world's biggest tragedy so far...

In 1945, the Second World War was reaching a decisive stage. The victory of the Allies was almost certain. Germany surrendered and it was only Japan that seemed to be competing with the Allies. In July 1945, U.S. President Harry Truman, British Prime Minister Winston Churchill and the Soviet Union leader Joseph Stalin met in the German city of Potsdam. It was decided here that if Japan does not surrender unconditionally, strict action has to be taken against them.

1.40 million people lost their lives in Hiroshima: On August 6, 1945, at about 8 a.m., Hiroshima was attacked by a powerful atomic bomb. The attack was so powerful that more than 1.40 lakh people lost their lives. After the bomb blasts, within a minute, 80 per cent of the city of Hiroshima was burned to ashes. The devastation didn't stop at that. After which thousands of people died due to diseases related to nuclear radiation. A study showed that black rain occurred in a 29-kilometre area of the site of the bomb fall. This led to an increase in deaths and this black rain also contaminated everything that came in contact with it.

Nearly 70,000 people were killed in Nagasaki: Japan could recover from the attack, even before the US struck with a second atomic bomb in Nagasaki on August 9. Within three days, these two attacks completely destroyed Japan. The exact number of deaths has not been ascertained to date. It is said that 1.40 lakh people died in Hiroshima and about 70 thousand in Nagasaki. Along with which thousands of people were injured. The tragedy is still present among the people of Japan today.

Singaporean man charged with killing his wife with a pillow 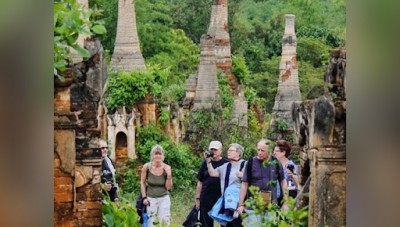