Katy Perry once again became the victim of Oops moment Hollywood singer became a victim of a major incident in a gathering filled with Katy Perry. Katy is the victim of a Major Oops Moment during her impromptu performance on the American Idol show. During the performance, her leather pants got torn from behind and the audience sitting there just started tearing their eyes. The video of her wardrobe malfunction of Katy has started becoming very viral.

This incident happened on Monday's episode of American Idol. She was seen singing a song on her hit song 'Teenage Dream'. In an attempt to keep her performance full-on entertainment, Katy leaned back and her pants were torn. Her orange leather pants got torn right there in front of everyone on the stage. The audience was shocked to see this. People started laughing at this big oops moment of Katy.

Katy's fellow judges Lionel Richie and Luke Bryan on the American Idol show also couldn't control their laughter. They laughed and said, 'The concert is officially over.' But the interesting thing is that Katy did not stop her performance due to this fashion disaster, but kept on handling it. 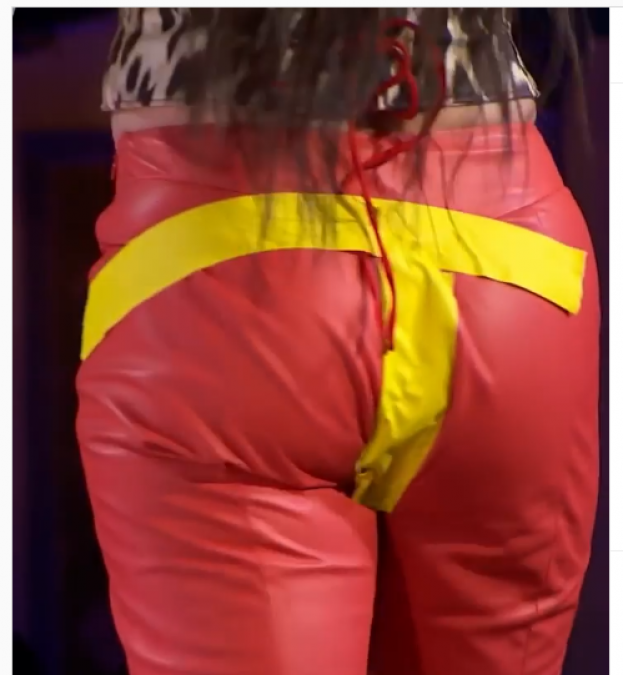 Katy asked the crew members there, 'Can I have the tape.' Then the crew members brought the tape and put the yellow duct tape in the torn aria of the pants. After which Katy Perry completed her performance by sticking tape in her pants.

Will Smith succumb to Chris Rock's insolence? Apologies for sharing the post...!"

'…like I don't say no to Rihanna's panties': Will and Chris have been feuding for many years from now on"