Islamabad: Aamir Liaquat Hussain, the leader of the ruling party who has entered politics from Ulema, who has knowledge of Islam on television in Pakistan, used a picture of Hindu goddess Maa Kali to make fun of opposition leader Maryam Nawaz. After this humiliating act, the fight has arisen. People are asking him to apologize and he is also facing a lot of criticism.

According to media reports, Aamir Liaquat Hussain is a member of Pakistan Tehreek-e-Insaf whose bad action has led to this whole controversy. In fact, Aamir Liaquat did this to mock the daughter of former Pakistan PM Nawaz Sharif, also because Maryam had threatened the Imran government of Pakistan that if he tried to steal the votes, he would see her another form. 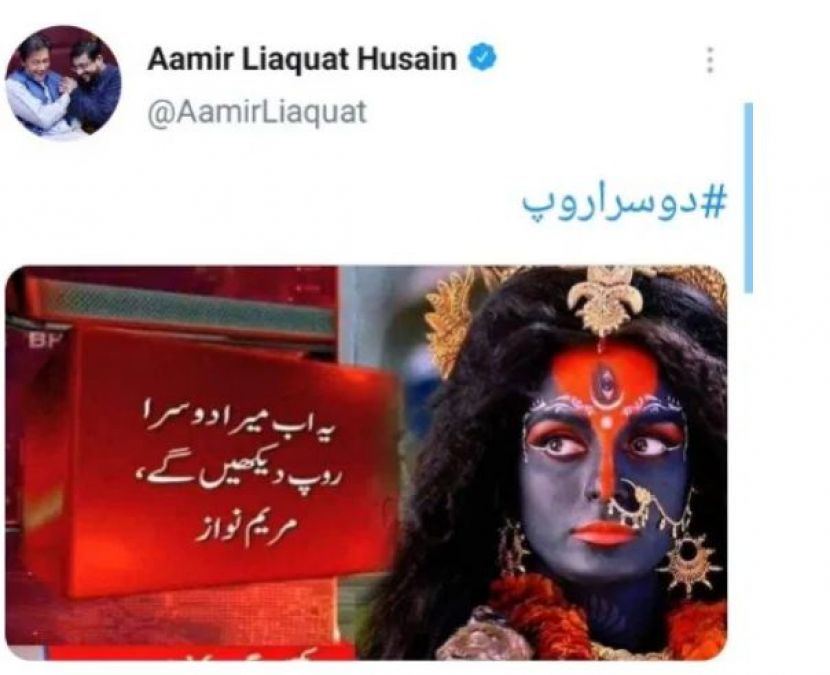 On the basis of this statement, the Pakistani leader posted a picture of her as Kali, and another form was written on it. After this tweet, the Hindu community was severely outraged. PTI's MNA from Tharparkar, Dr. Ramesh Kumar Vankwani, who is also the chief of the Pakistan Hindu Council criticized Husain's tweet as a "shameful act".  He said that this tweet should be deleted immediately, otherwise on our behalf, strict action is demanded under the blasphemy law and there will be protests across the country.

Strongly condemned this shameful act by someone who claims to be a religious scholar also but doesn't know respect to other religions. Delete this tweet immediately otherwise we reserve right to demand strict action under the Blasphemy Act and protest across the country. https://t.co/yWgK8W19DM