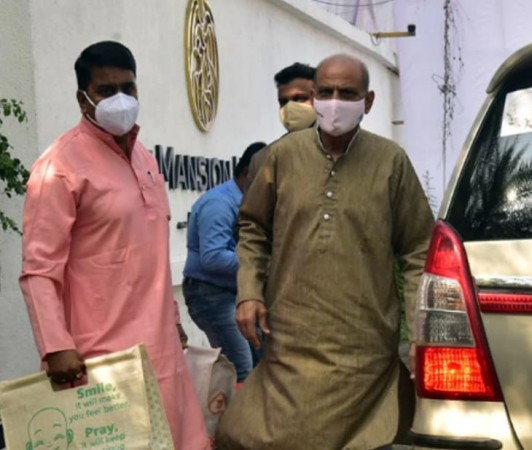 Bollywood actor Varun Dhawan and Natasha Dalal are in a lot of headlines about their marriage. Both are bound by seven births in no time. The gests have started coming to their wade revenue. A few moments ago, panditji has also reached the wade revenue. Its photos have surfaced. Let's say that today's function has been delayed due to pre-wade functions. Varun and Natasha were to take turns at 2:30 pm today. In a little while, Varun Dhawan's procession will be within the convention. At this moment, some photos from Varun-Natasha's wedding revenue are viral. The Bollywood couple has a special decoration in the wedding. Varun Dhawan's wedding pavilion has been decorated under the pink theme. A lot of emphasis has also been given to the greenery while decorating. The Manhan house near the beach is being punished with many wonderful trees. Because of these trees, varun's wedding revenue takes four moons. The same is being done on this beautiful revenue of Alibagh, all the programmes of Varun-Natasha's marriage. From Mehndi to music, it has been serenamani and now everyone is excited to see the wade function. Before marriage, the inside picture of Varun Dhawan with his boys gang was viral on social mead. Varun and all others were looking very happy. They are seen to give happy pose in front of the camera wearing Varun silver coloured kurtas, coat-pants and pink glasses.