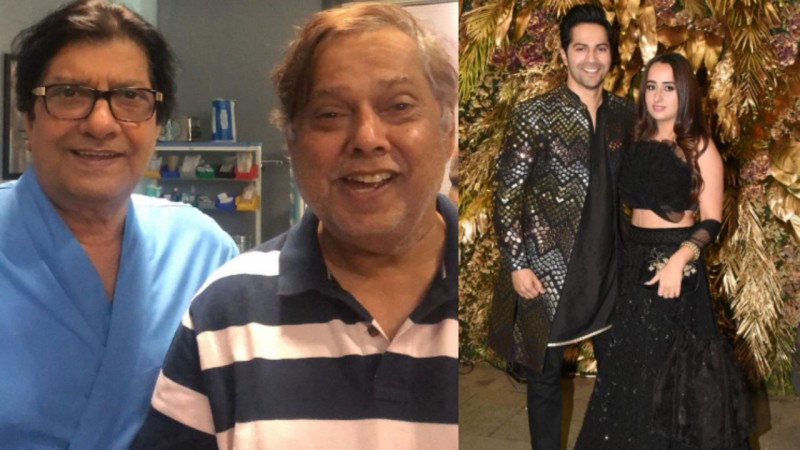 After all the rumours and possibilities, Varun Dhawan and Natasha Dalal's wedding day came. Today, the two will tie the knot in a hotel in Alibagh. The name of the hotel is the Mansion House Resort, where wedding preparations and rituals have already begun. Film director Shashank Khetan and designer Manish Malhotra reached the venue a day earlier.

Varun Dhawan's uncle Anil Dhawan also reached Alibagh on Friday and is very enthusiastic about the marriage of his nephew. Anil shared his feeling about Varun and Natasha's marriage. "We are very excited," he said. "This is the last marriage of Varun's generation in our family. "

Anil Dhawan further said, "Rohit (Varun's elder brother) has been married, my children have been married and my elder brother's children have also been married. We are completing the customs between the families and not making any splash." In view of the coronavirus crisis, the Dhawan family has further shortened the list of its guests. Now only 50 people will come to the wedding. When asked about the concert with Anil Dhawan, he said, "If the girl does something, we don't say a little." He should do a little more for his daughter, otherwise, there is nothing.