'People have given a befitting reply to repeated attacks on Mamata,' says Partha Chatterjee Kolkata: Counting of votes for assembly elections is underway in 5 states of the country along with West Bengal. In Bengal, even though the BJP had given the slogan of 200 par, the party seems to be stuck at less than 100 seats. The TMC is gaining ground in trends that are clearing the picture somewhere. Now, recently, Trinamool Congress General Secretary Partha Chatterjee has made a statement. "The trends available for 284 seats show that the people of West Bengal have given a befitting reply to the repeated "attacks" on Chief Minister Mamata Banerjee.''

At the same time, he also mocked the BJP saying that "he wants to see the face of those who gave the slogan "200 par this time." People are with Mamata Banerjee and have responded to derogatory comments and attacks on her and the people of Bengal.''

In a statement, Partha Chatterjee also said, "We have always talked about unity and development and the way the Chief Minister has risked his life in the midst of the global epidemic and worked for the welfare of the people is reflected in the election results.'' The ruling TMC seems to be deciding to put its color on West Bengal's power once again. At present, in the trends available in 284 seats, TMC candidates are leading in 202 seats while BJP has gained only 77 seats.

Senior CPM leader's statement: 'It was our plan to defeat BJP in Bengal' 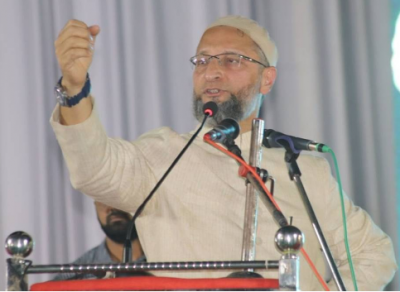