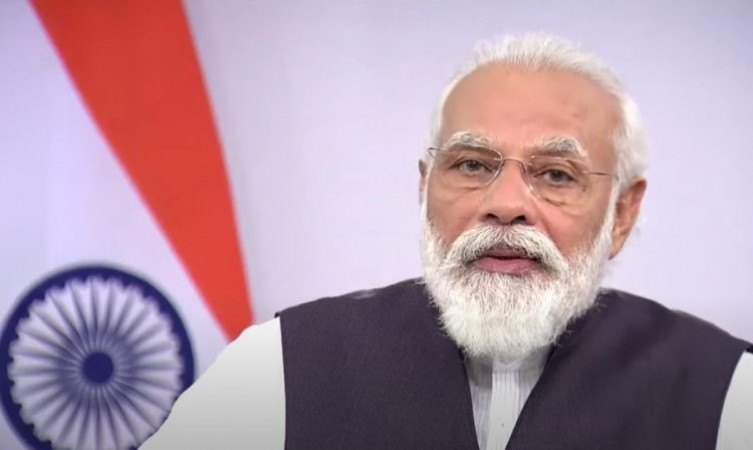 Nagaur: Prime Minister Narender Modi on Tuesday, August 31,  expressed his condolence on the deaths of 11 people in the road accident in Nagaur, Rajasthan today.

Sharing posts on Twitter PMO tweeted in Hindi which reads: "The horrific road accident in Nagaur, Rajasthan is very painful. I express my condolences to the families of all those who have lost their lives in this accident and wish the injured a speedy recovery."

The message goes on to read: "The Prime Minister has approved an ex-gratia of Rs. 2 lakh each from PMNRF for the next of kin of those who lost their lives due to the accident at Nagaur, Rajasthan. The injured would be given Rs. 50,000."

President Ram Nath Kovind has also expressed grief over the loss of lives in a road accident at Nagaur, Rajasthan. In a tweet today, the President said, he is deeply saddened to hear about the death of many devotees in a road accident. He extended his heartfelt condolences to the bereaved families and wished for the speedy recovery of injured.

Tragically, 11 persons were killed and seven were injured after a cruiser collided with a truck in the Nagaur city of Rajasthan on Tuesday morning.