Chandigarh: Police have arrested coach Pawan, accused of killing wrestler Nisha and her brother in Sonepat, Haryana. Pawan has been arrested in the Dwarka area of Delhi. The Special Cell of Delhi Police has also nabbed Pawan along with the other accused Sachin. A licensed pistol was also recovered from Pawan. Pawan fled from Sachin's bike after committing the murder.

In Haryana, women wrestler Nisha and her brother were shot dead at a wrestling academy in Halalpur, Sonepat. Nisha's mother was also seriously injured in the same attack. The murder has been levelled against coach Pawan and his accomplices. The reason for the murder has been attributed to resisting the molestation of a female wrestler. Pawan had been teaching wrestling for the last four years. The family alleged that the coach used to keep a nasty watch on Nisha. When Nisha resisted, the wrestler shot her and her brother to death.

Nisha's father Dayanand had alleged that Pawan had brainwashed his daughter, he used to ask for money. They also gave him about Rs 3.5 lakh. Dayanand had said that Nisha was a young wrestler. She wanted to make a name for herself in the wrestling world. The coach often told her and her family that he would make her big. Dayanand said his daughter had won a medal at the university level, and the prize money was also given to the coach. 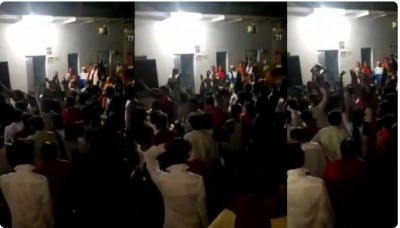