In the era of social media, everyone can easily share their opinion through social media. Social media is special for human life in many ways. Film stars remain the most discussed topic on social media, but today we will tell you about children of Bollywood stars who rule social media.

Ananya, who made her Bollywood debut in 2019, is the daughter of film actor Chunky Pandey. She has so far appeared in films like Student of the Year 2, Pati Patni Aur Wo.

Actress Pooja Bedi's daughter also remains in the headlines on social media. Alia has given a befitting reply to the trollers several times.

The name of Aamir Khan's daughter Ira Khan is also included in this. There is news about Ira that she will soon start her career as a heroine in Bollywood.

Daughter of famous actress Nutan's daughter and Mohnish Bahl's daughter keeps on setting fire on the internet with her pictures.

Shah Rukh's elder son Aryan looks exactly like his father. Aryan does not leave any chance of creating headlines.

Everyone is crazy about the simplicity of Sara Ali Khan, who rules millions of hearts with her talent in Bollywood in a very short time. They are gradually becoming a big name in the industry. Sara is the daughter of actor Saif Ali Khan and actress Amrita Singh.

Taimur is quite popular on the Internet at the mere age of 3 years. His pictures are on social media every day. Taimur Ali Khan is the son of Saif Ali Khan and Kareena Kapoor.

There is also news about Suhana Khan that she can show her acting arts in Hindi cinema at any time. Shahrukh Khan's daughter Suhana is very much discussed on the Internet.

'I was asked to deboard the bus', Chandni Bhagwanani shares racist attack in Melbourne

This actress is not happy even after marrying twice, know her love life 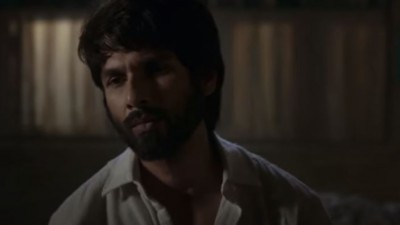