New Delhi: Congress stalwart Rahul Gandhi on Tuesday targeted Home Minister Amit Shah for the escalation of violence because of border disputes between Assam and Mizoram. Rahul alleged that Amit Shah has "failed" the country by "sowing hatred and distrust" into the lives of people and India is now reaping its "dreadful consequences".

According to officials, at least five Assam Police personnel were killed while defending the "constitutional boundary" of the state with Mizoram and more than 60 people injured, including an SP, as the festering border dispute between the two northeastern states erupted into a bloody conflict on Monday.

On Monday, after violent clashes at the Assam-Mizoram border, five personnel of the Assam police lost their lives in the reported exchange of fire between the police forces of the two States. The clashes also left injured over 60 people, including Superintendent of Police of Assam's Cachar district Nimbalkar Vaibhav Chandrakant, who was hit by a bullet.

Heartfelt condolences to the families of those who've been killed. I hope the injured recover soon," Gandhi tweeted, tagging a purported video of the violence. Home Minister has failed the country yet again by sowing hatred and distrust into the lives of people. India is now reaping its dreadful consequences, Rahul Gandhi said.

BL Santosh to be the next CM of Karnataka? BJP may announce in a day or two

Uddhav Thackeray threw all his might to get a name for himself in Maharashtra, thus became CM 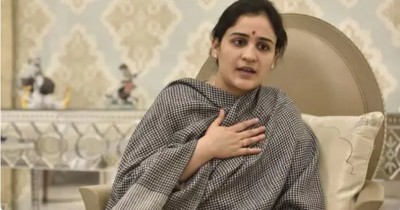