Bollywood actress Shilpa Shetty's husband and noted businessman Raj Kundra has been repeatedly named in the pornography case. The crime branch of Mumbai Police has also summoned Gehana Vasisth for questioning on Sunday. However, even before this interrogation, Umesh Kamat and Yash Thakur's WhatsApp chat related to Raj Kundra's company has surfaced proving that Gehana is not only associated with 'Hotshot' but also another app 'Hothit.'

Gehana Vasisth, the winner of the Miss Asia Bikini, was arrested along with another model actress Vandana Tiwari on February 7, 2021, in a case related to the casting of Hothit. At the same time, a conversation between Umesh Kamat and Yash Thakur on WhatsApp has surfaced which shows that all these people were also working for Hothits. It is clear in their discussion that the two were arranging lawyers for Gehana Vasisth and Vandana. 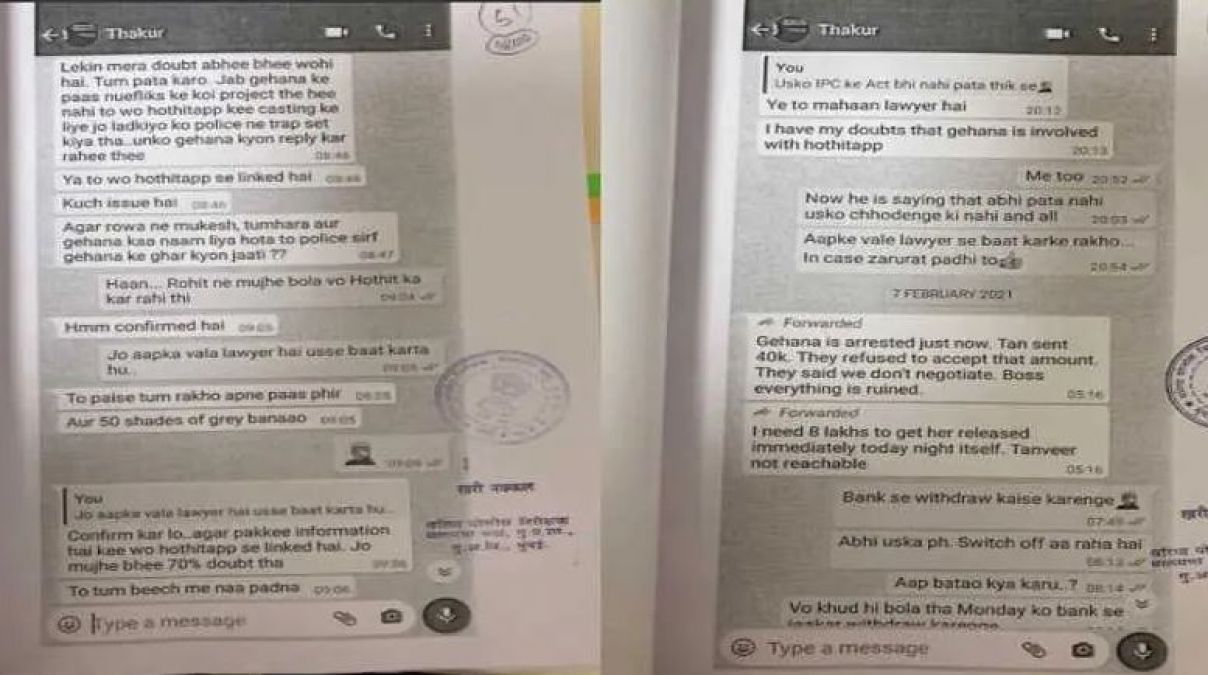 At the same time, it was these individuals who ensured that the Gehana could be released at the earliest. In a discussion on this chat, Yash Thakur says- If Gehana is kept in police custody for a long time, she can inform the officers. He further says that she is caught in a police trap which could harm the work related to movies. Because of this, Yash himself is also talking about hiding in Shimla for some time. In this chat, Yash asking Kamat, is Gehana also associated with a project in Newflicks and Hothit? He further explains how she got caught up in the trap set by the police through girls for casting the app if she is not associated with Hothits. 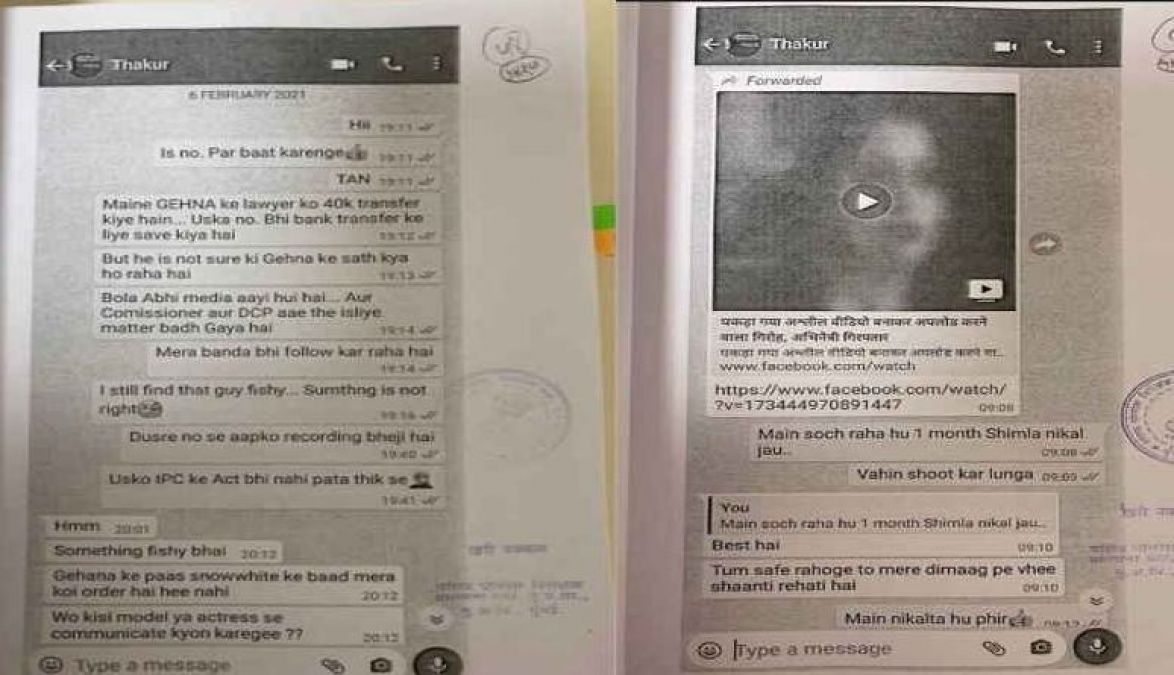 Raj Kundra Case: This model was also asked for audition without clothes, was given this offer

Salman Khan folded his hands and apologized to Athiya Shetty! Know why?