Farmers will not come back from Delhi border, will stay there: Rakesh Tikait 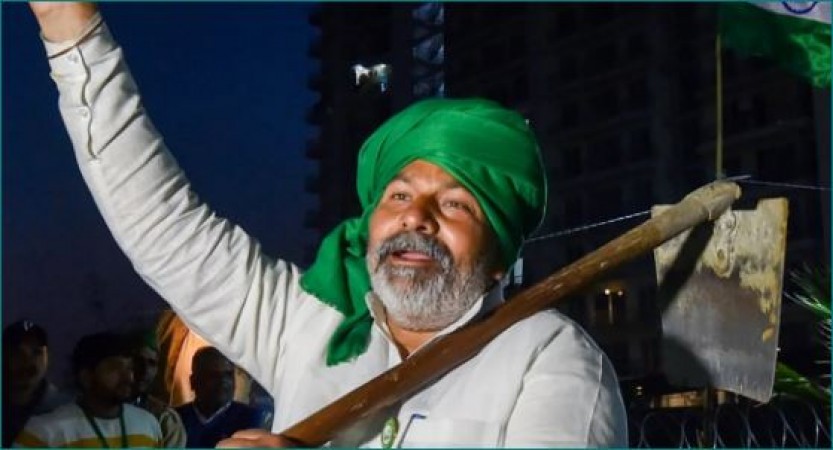 New Delhi: Rakesh Tikait of Bharatiya Kisan Union has recently issued a major statement. In fact, Rakesh Tikait in Rampur made a statement saying, "Farmers will not come back from Delhi border, they will stay there. The Government should talk to the farmers.'' He also said, "A big panchayat has been convened on 5th September. A decision on the strategy ahead will be taken in the same Panchayat. The Government has two months. The Government should also take its decision, the farmers are also doing it. It seems that there will be war in the country, there will be war.''

According to a report on a famous website, Rakesh Tikait has come to Rampur to know the movement of farmers. Here, he said, "When we agitate about diesel, we are saying, What do you mean by inflation?" We are buying diesel, seeing whether the Government is giving subsidy or not. The farmer is buying diesel from his pocket. Sugarcane is not being paid. This is causing damage to the belt with the terai. The condition of the farmer of the country is very critical. He also said, "The law brought by the government will cause more damage to the farmers. The Government should withdraw this law and talk to the farmers, otherwise, this agitation will continue.''

Rakesh Tikait further said, "There is heat among the farmers. We are staging strike peacefully. So, the Government is not listening to us. If we stage a revolutionary strike, the Government will listen to us. But we can't do that.'' Meanwhile, farmer leader Rakesh Tikait also said, "We are worshippers of peace. We always believe in strike peacefully. Farmers know the way to Parliament House. On 22nd July, 200 people will go there. As long as the Session of The Parliament continues, 200 people will go there every day. Now, whenever the farmers will go, they will go to the Parliament House.''

'He's not going to sit in silence': How the nation's top general found himself caught up in Trump's political wars