Ranbir Kapoor came running after seeing Alia surrounded by the crowd, the video went viralBollywood couple Alia Bhatt and Ranbir Kapoor are busy promoting their new film these days. These days both are seen promoting the film Brahmastra. During this, both are seen together and both support each other in everything. This is the only reason why the fans of both also like both of them very much. At this time, the fans are eagerly waiting for the marriage of Alia and Ranbir. Meanwhile, the cute gesture of both of them for each other wins the hearts of the fans. Now something similar happened last Thursday.

A video of that time is going viral on social media. In fact, on Thursday, Ranbir Kapoor went for dinner with Alia Bhatt and her sister Shaheen. Here many videos of Alia and Ranbir came out from outside the restaurant. You can see both are looking great in this. Yes, many friends of these two also attended this dinner party. At this time a video is going viral on social media in which Alia Bhatt and Shaheen Bhatt are seen coming out of the restaurant. You can see that Alia first goes to drop sister Shaheen till her car. At the same time, Alia is holding Shaheen's hand.

You can see both the sisters hug each other before getting into the car. At the same time, after dropping Shaheen, Alia goes towards her car. So during this time there is a lot of crowd around Alia, so immediately Ranbir Kapoor comes to her and takes her towards the car while protecting her. In this video, Alia is wearing a yellow colored one-shoulder sequence dress. Along with this, he was wearing white shoes and a ponytail is made. Apart from this, he carried a black and white purse. Talking about Ranbir Kapoor, on the other hand, he wore a bean color jacket and blue denim with a black T-shirt. Let us tell you that Alia Ranbir and Shaheen went to dinner with their friends Anushka Ranjan, Akanksha Ranjan and Meghna Goyal. 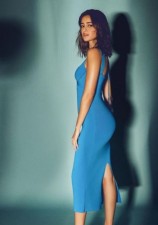