Bollywood actor Ranveer Singh has always been in the news for his colourful style. His look is very different every time which makes him always in the middle of the fans. Ranveer Singh experiments a lot with his look which sometimes makes him face trolling but Ranveer doesn't pay much attention to negative comments and never stops experimenting with his look that makes him different from the rest of the people. One such look of Ranveer went viral. Users have also made a lot of comments.  So let's know...

Ranveer Singh had shared photos wearing a red cap in long hair. In which fans also lost their senses when they saw Ranveer's look. Ranveer is very active on social media and keeps sharing photos of his photoshoot day in and day out. On which fans also make a lot of funny comments.

Fans make funny comments: Ranveer shared the photo with him wearing an overcoat in a blue track suit. At the same time, she wore a large golden neckpiece around her neck, as well as a black ladies bag in her hand. Fans looking at this picture failed to stop themselves from making funny comments. 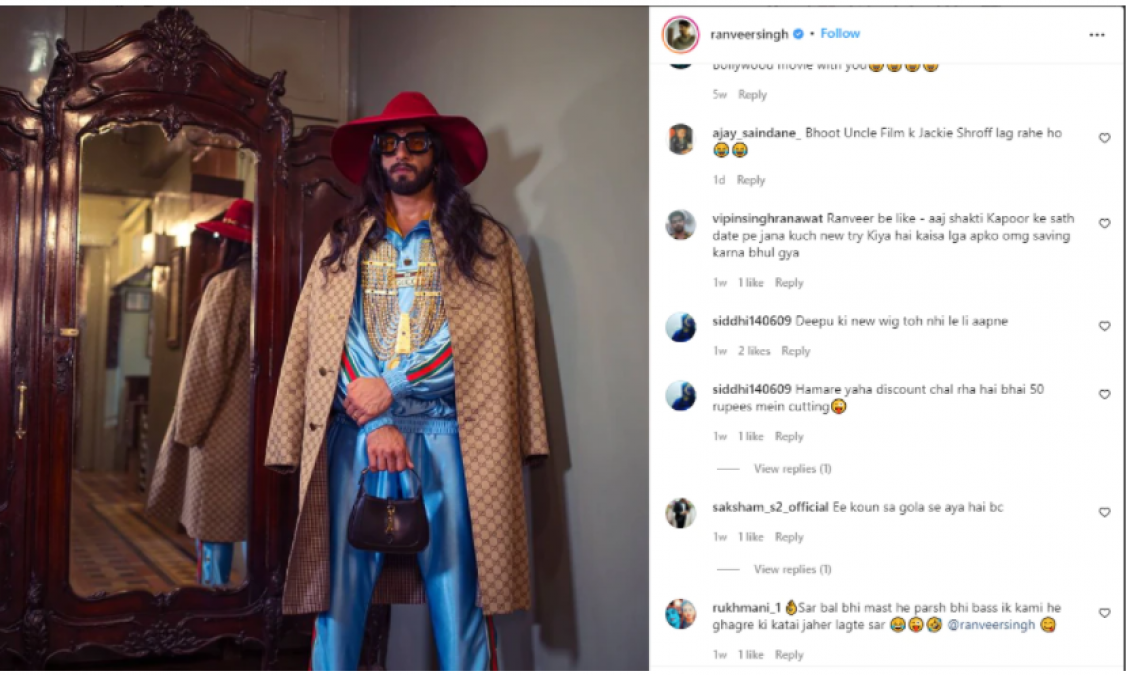 One user commented- Looks like Jackie Shroff of Ghost Uncle Movie. Another wrote- Ranveer thought- Today i have to go on a date with Shakti Kapoor and try something new. One user wrote: You haven't taken deepu's new wig.  Users didn't stop there and made a lot of more comments. One user wrote: Brother, try a simple T-shirt or shirt once, you'll look better. The other user wrote: Well, this bag and wig have been stolen by Deepika.

Madhuri took the house on rent, price will blow your senses