The actress speaking about  her past relationship said, "With my exes also, I am still friends. I sort of like meet their families, their present, current, future, past, everything." While agreeing that this is not a very good trait, Rashmika added, "But I have a very good relationship with them. So that's good."

He  further speaking about the fan following of Vijay Deverakonda and  her. The actress said, "It's all so cute no. I am like aiyoo babu. It is so cute." Asked if these are only rumours, Rashmika replied, "Yeah. See Vijay and I have done so much work together, too early in our career. When we don't know how the industry is, and suddenly you work with like-minded people, you sort of like become friends, and you have a lot of common friends. I have this gang in Hyderabad, he has this gang in Hyderabad. And we have a lot of mutual friends. It's like that. It's so cute when the whole world is like 'Rashmika and Vijay, that's cute.'"

Also Read: Chitrangada Sen on scary Fan movement, a fan named her owner of his home

Speaking about Rashmika’s past relationship, The actress was engaged with Rakshit Shetty. She started dating the actor when she worked with him on her debut film Kirik Party (2016), and the two got engaged in July 2017. However, the two mutually broke off their engagement in September 2018, citing compatibility issues.

On the work front, Rashmika Mandanna is all set for her debut film which stars Amitabh Bachchan , Neena Gupta, Suneel Grover, and Pavail Gulati in Goodbye. The family drama is scheduled to release in theatres on October 7.  The actress also has more Hindi films in the pipeline-- Animal with Ranbir Kapoor, and Mission Majnu with Sidharth Malhotra. 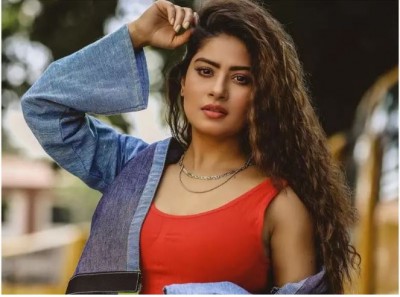