Raveena Tandon angry with the blame game after Sushant's death 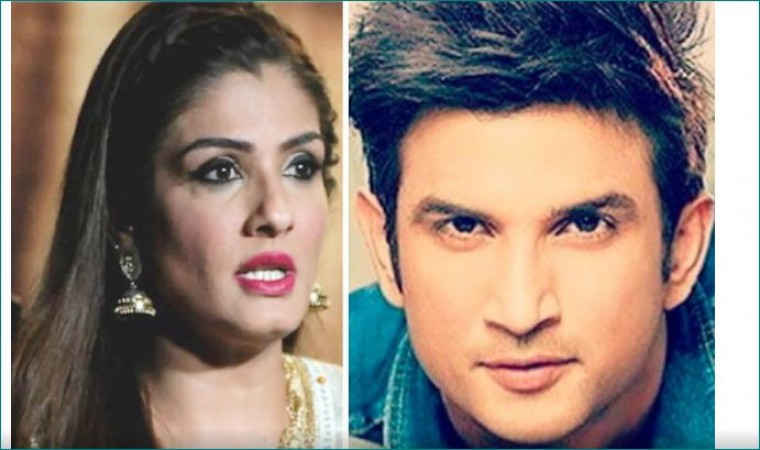 Bollywood actor Sushant Singh Rajput is no longer in this world. It has been a long time for his death, but still things are not coming to an end in the industry. There are many fans and many stars who are talking about it. The debate about nepotism in Bollywood is also intensified. Meanwhile, Sushant's fans, friends and family members believe that a conspiracy was hatched against him. After all this, actress Raveena Tandon has expressed her displeasure over rumors, blame game on social media.

She said in a conversation with media, "Now stop making it sensational. You cannot blame anyone. Not even the film industry. It has become a marauding, mob lynching, which is wrong. People will have to think rational. It will be a big job for the person who has gone out of the world. I agree that there is politics and I also believe that there are bad people too. I also wrote about it in my tweet. There are such lousy people, who plan for your failure. I have gone through this. "

Talking further, Raveena said, "These are the people who throw you out of films to make you fall. It's like classroom politics. They play lousy games. But these kinds of people are in every industry. We are high profile people and doing job in the glamorous world and strangling competition here." In the past too, Raveena had posted which was related to her career. Talking about the film, Raveena is going to appear in KGF 2 soon.