Washington: US President Joe Biden signed an executive order that will revoke several measures issued by his predecessor Donald Trump.

The order also revoked Trump's another action which prioritized punishment for those caught vandalizing statues or monuments.

The order signed on Friday will revoke the measure to establish a "National Garden of American Heroes" that called for erecting statues of hundreds of prominent Americans though some of them are controversial over their racial records, as per reports

The former President took the two measures in response to protests and vandalism targeting monuments of controversial historic figures amid nationwide demonstrations against racial injustice in the wake of the custodial death of African-American George Floyd on May 25, 2020.

Trump visited Mount Rushmore in the state of South Dakota on the eve of July 4 Independence Day last year, accusing "angry mobs" of waging "a merciless campaign" to wipe out US history while pledging to construct a "National Garden of American Heroes" that will feature statues of "the greatest Americans to ever live".

Under the executive order, a May 2020 order signed by Trump that directed federal agencies to review Section 230, a law that provides protections to social media companies, was also revoked.

US: Wallmart announced customers and staff who are fully vaccinated, no longer have to wear masks 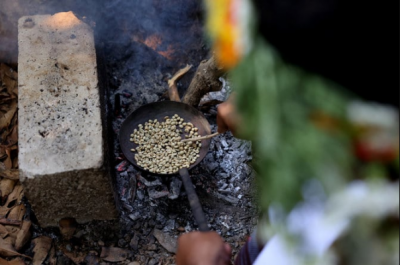