The finale of the countries biggest and most talked about reality show Bigg Boss 15 now has just a few hours left. On January 29-30, the winner of the show will be in front of the world. There is less time left in the finale now. So everyone is strongly supporting their favourite member. Meanwhile, it is also being told that Rohit Shetty also wants to see his favourite contestant Tejasswi Prakash becoming the winner. Let me tell you the whole matter.

In fact, before coming to Bigg Boss, Tejasswi Prakash was a part of Rohit Shetty's show 'Khatron Ke Khiladi 11.' In the show, she won everyone's heart with her flirtatious style. Rohit Shetty also came on the stage of Bigg Boss due to the promotion of 'Sooryavanshi.' During this, he was seen having fun with Tejasswi. Since then, it has been said that Rohit Shetty is supporting Tejasswi.

Concerned by the fake news about Rohit Shetty, his team has issued an official statement. In this statement, it has been mentioned that Rohit Shetty is very busy with his upcoming projects. So he is not able to follow the show well. That's why no one is his favourite contestant on the show. Nor is he supporting anyone for the winner's trophy. The team has appealed that Rohit Shetty should be contacted once before publishing any news about him. 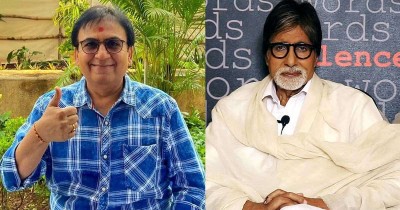