European Union: British Prime Minister Liz Truss is facing an unprecedented economic crisis since her idol Margaret Thatcher took office in the late 1970s, mainly due to gas and electricity after Russia's invasion of Ukraine this year. due to increase in prices. In July, inflation hit a 40-year high of 10.1%, partly due to skyrocketing energy prices.Thousands of small businesses, including pubs and corner shops, have said they are unsure whether they will survive the winter. Millions of consumers could be forced into poverty as a result of their inability to pay their energy bills.

The truce announced a green cut on energy bills as part of a more than £60 billion (US$66 billion) package to try to increase offshore oil and gas production, controversially lift a moratorium on fracking in the UK and ease the pain. Have vowed to remove the levy of color. Reversing the rise and recession of energy prices.

Truss is not the only one. To keep the lights on this winter, leaders in Austria, France, Germany and the Netherlands are reactivating dormant coal plants.

Some have questioned whether Western leaders are relying too heavily on fossil fuels in the short term, arguing that such a policy change, even if temporary, could delay global climate efforts if it goes off track. Doesn't come off. "The current energy crisis in Europe is the latest chapter in a long, shameful saga of global injustice and instability caused by fossil fuels," said Greenpeace EU campaigner Thomas Glynn.

“There is clearly a need to be serious about ending the fossil fuel era forever and getting serious about cutting energy waste, for example, through a massive home insulation program, and reducing overall energy demand. so that we have a chance to survive the ravages of the climate crisis in Europe and around the world." China, the world's biggest carbon emitter, has questioned the climate commitments of some European countries during the crisis.
"The climate policies of some European countries have shown a 'backswing', and it is expected that this is just a temporary stopgap," Chinese chief climate negotiator Xie Zhenhua told his European counterpart in a video meeting last week, told Reuters. Accordingly, citing one, the government read out the meeting. 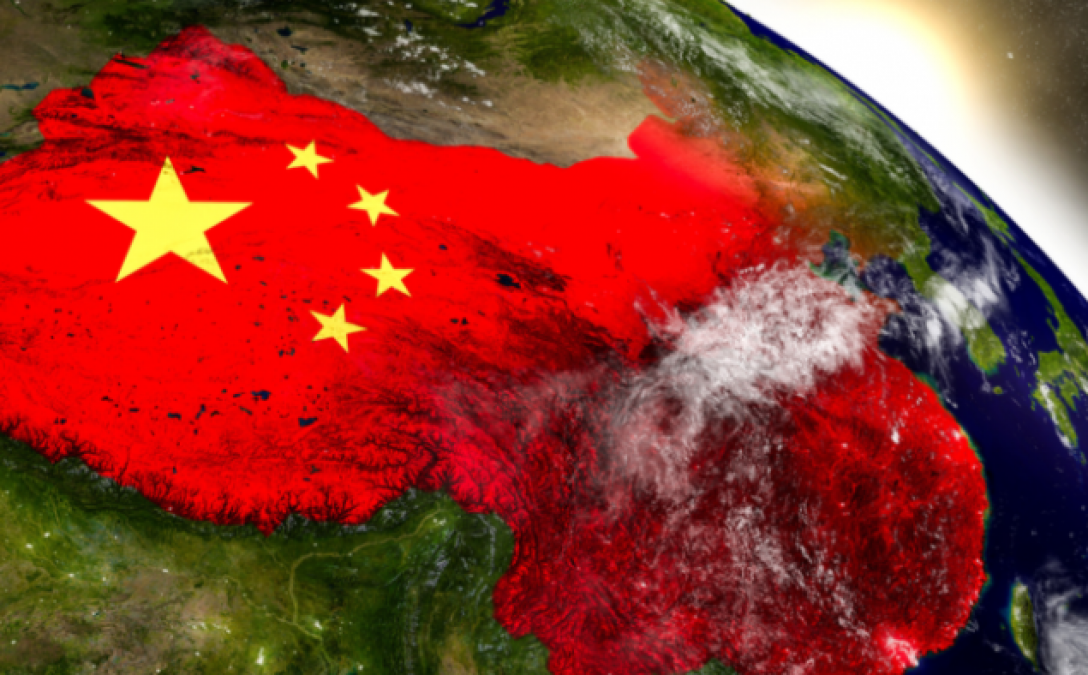 China, which has promised to achieve net-zero emissions by 2060 and says its low-carbon plans are on track, this year increased its own coal production to ensure energy security and imports cheap Russian oil. has increased by about 28%. Year after year in August.
According to the US Energy Information Agency, coal will supply about 55% of China's total energy consumption in 2021, down from 70% two decades ago. 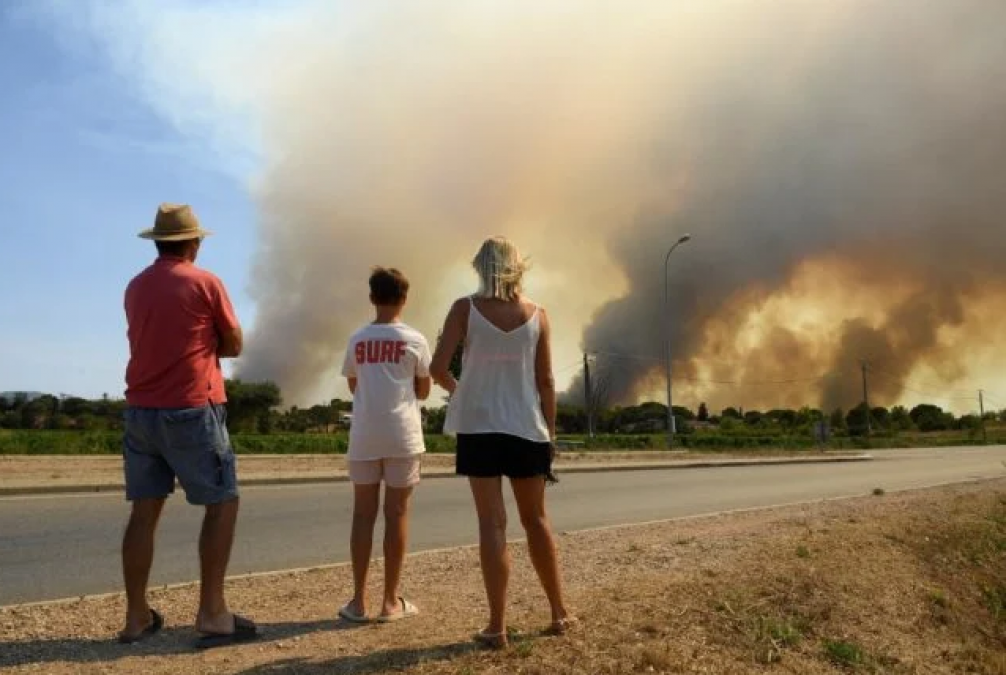 "We are in the midst of the world's first truly global energy crisis, with a devastating knock-on effect on the global economy, particularly in developing countries," said Fatih Birol, executive director of the International Energy Agency.
"We can only achieve long-term energy security if we accelerate the transition to clean, sustainable energy."

The British government's renewed emphasis on increasing domestic oil and gas production is in stark contrast to the policy of then-Prime Minister Boris Johnson, who addressed global warming at the United Nations Climate Change Conference, known as COP26 in Glasgow in October 2021, and called for more aggressive action.

Johnson said, "The longer we wait to take action, the worse it gets and when we are ultimately forced to act catastrophically the price is higher because humanity has long been on climate change." Got out." "In that doomsday hour, it's one minute to midnight, and we need to act now."

Last year, electricity generation from renewable energy sources such as solar and wind surpassed production from fossil fuels in the United Kingdom for the first time. In addition, there was a decline in oil and gas production.

Some would have predicted that Russia would invade Ukraine in February, raising energy and commodity prices and prompting Western governments, especially in Europe, to reduce their reliance on Russian oil and gas.
Many governments have been forced, at least temporarily, to rethink their love affair with fossil fuels. 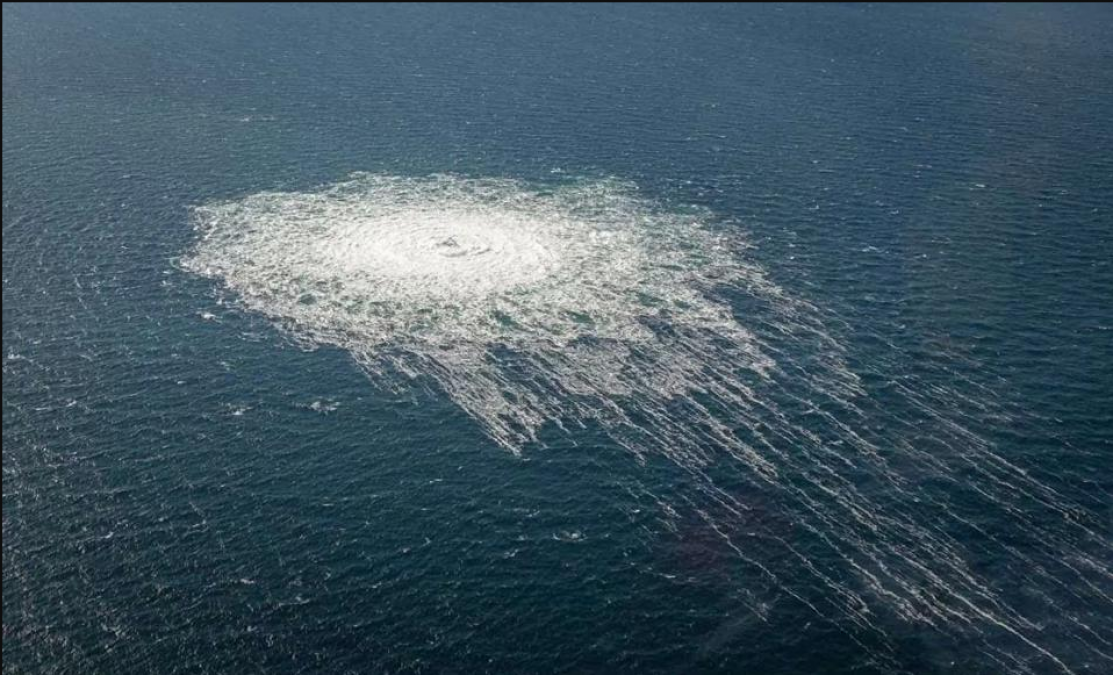 Germany has restarted several coal-fired power plants and scrambled to source natural gas from countries other than Russia, but the prospect of a blackout this winter remains.

In France, President Emmanuel Macron has urged citizens and businesses to reduce their energy consumption and cap electricity and gas prices, to avoid doubling the rate this month to 15% of households next year. Maximum price hike announced. The government is also converting gas-powered power plants.

In the United Kingdom, Truss and its conservative allies have embraced the idea of ​​increasing North Sea and shale production.
Despite being the second largest producer of oil and gas in Europe after Norway, the UK economy is particularly sensitive to rising gas prices.

According to the climate science website Carbon Brief, about 85% of consumers use natural gas boilers to heat their homes, and gas-fired power plants generate 40% of the nation's electricity.

Also Read: Tigris River in Iraq is drying up

According to the US Energy Information Administration, the country has been a net energy importer since 2004, consuming 6.8 quadrillion British thermal units while producing about 4.9 kW in 2020.
The Truss has promised to make Britain a net energy exporter by 2040 using renewable energy and nuclear power.

However, few details have emerged about the government's renewable energy strategy, other than promises to bring the offshore wind plan "in line" with other infrastructure, and nuclear power plants remain controversial in the United Kingdom.

In September, his predecessor, Boris Johnson, defied community protest by pledging £700 million to help build Britain's first power plant in a quarter-century, a project that will not be completed until at least 2035. According to Johnson and now Truss, eight new nuclear plants could be built by 2050.
In the short term, Truss's government intends to increase North Sea oil and gas production by granting more than 100 new licenses.

"The UK cannot address this crisis simply by increasing natural gas production," John Selwyn Gummer, chairman of the Committee on Climate Change, and John Armitt, chairman of the National Infrastructure Commission, wrote in a letter to the prime minister on 6 September. 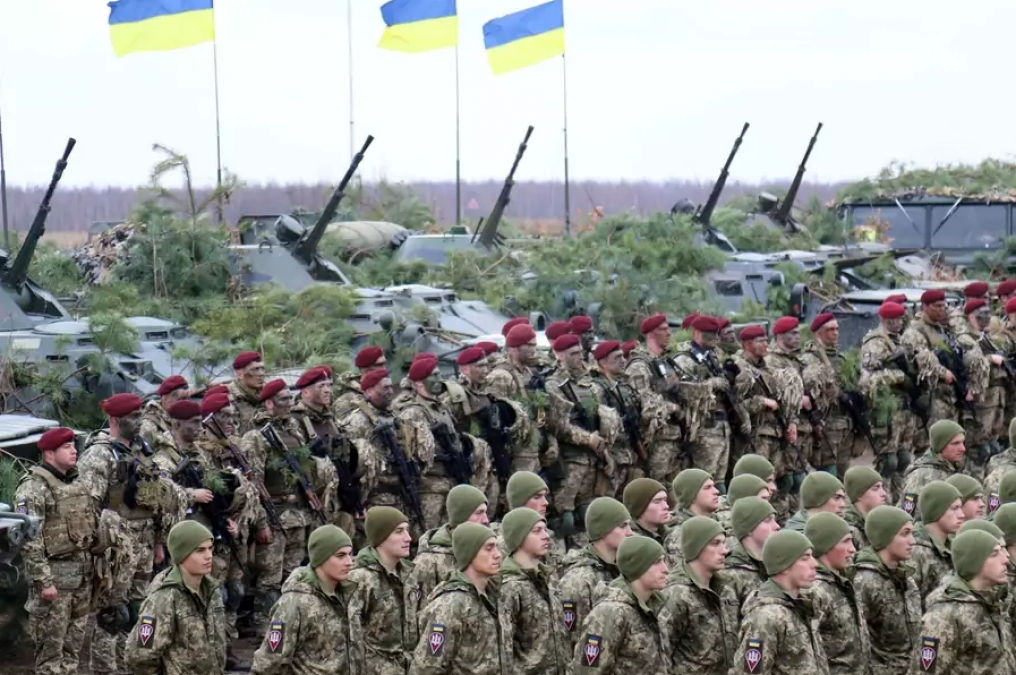 "Increasing domestic production of fossil fuels, especially this winter, could improve energy security." However, our gas reserves, whether offshore or from shale, are insufficient to have a meaningful impact on UK consumer prices. Reducing the UK's exposure to energy security and volatile fossil fuel prices requires stronger policies that reduce energy waste in the economy and promote domestic production of low-carbon energy that is affordable and safe."

Electricity prices in the United Kingdom rose 54% in the year ending August, despite government limits. According to the Office for National Statistics, gas prices rose 95.7% during the same period.

At the same time, the Truce government is focused on spurring growth in the British economy, with the largest series of tax cuts in five decades, as well as massive borrowings on 23 September as part of a mini-budget described by officials. has been announced. A "fiscal event."

It came a day after the Bank of England raised interest rates to 2.25 percent in an effort to slow inflation and said the British economy could be in a technical recession.

The British pound hit a record low against the dollar on Monday, following the announcement of the government's tax-cutting and spending plan. However, it recovered most of its losses in Friday's Asian trading session, closing a wild week for the pound.

Instead of efforts to make homes and businesses more energy efficient, much of the discussion about how to deal with the energy crisis has focused on energy security and preventing cost woes from derailing the economy.

The government of Truss has announced that energy prices for households will be capped at £2,500 a year, down from £3,549 in October, and prices for businesses, charities and public sector groups, such as schools, will be capped by six. month will be limited.

"We are cutting toxic power and pipelines from authoritarian regimes and strengthening our energy resilience," Truss said during a speech at the UN General Assembly on September 21. "We will ensure that we are not forced or harmed by the reckless actions of foreign rogue actors."

However, critics argue that the government should focus on increasing energy efficiency in homes to save money rather than drilling further.

Switching to better insulating homes and more energy efficient heat pumps could add £6.8bn to the British economy every year by 2030, according to a Cambridge Econometrics report, drawing about 140,000 new reports, asking the British government to raise £7bn to install energy. Efficiency Program for Homes.

More controversially, the government lifted a fracking moratorium in 2019 with Business Secretary Jacob Rees-Mogg recently revealing on BBC Newsnight that the extent of seismic activity caused by fracking would be increased.

Also Read: US issues dire warnings about the use of nuclear weapons by Russia in Ukraine

The fracking moratorium was a major issue in the Tory Party manifesto that year, but Truss now expects fracking operations to begin in Britain within six months.

"Putting forward is a heinous mistake." “If the goal is to combat bankrupt gas prices, it is a pointless exercise,” said Tom Fiens, director of campaigns and policy at countryside charity CPRE.

Shadow Climate and Net Zero Secretary Ed Miliband called fracking a "dangerous fantasy".
"This will do nothing to reduce energy bills, cost more than renewable energy, and is dangerous," Miliband tweeted.