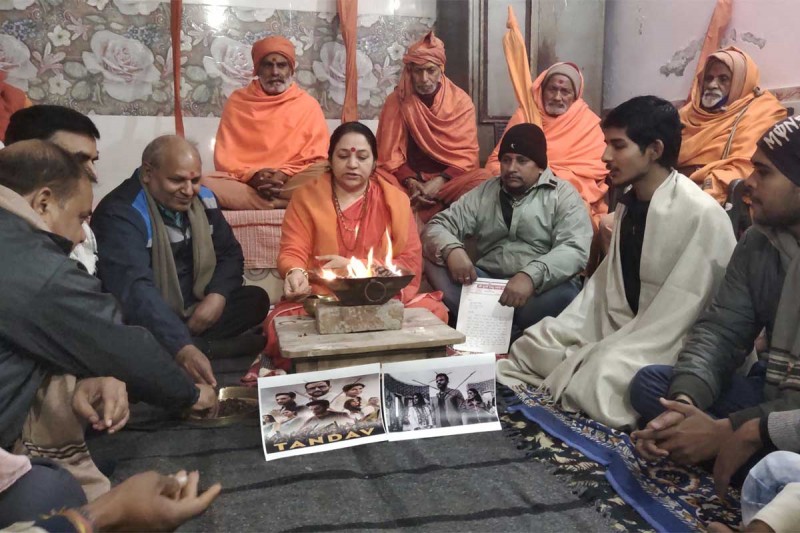 Saints have demanded action against the artists from CM Yogi Adityanath. The controversy and the bodice of Bollywood movies are always associated. Once again, there has been a commotion over the movie ' Tandav ' released on the OTT platform. The reason for the uproar is a scene of the dance film. In this scene of the movie ' Tandav ', two artists are doing a drama among themselves on the stage. In the meantime, a dialogue is called by star Zeeshan, the dialogue says about Lord Shri Ram and Lord Shiva, ' Bhagwan Ram Aaj Kal Demand Mein Hai, Mahadev Aap Kuch Kariye '.

Like JNU, in this movie also, freedom-related slogans have been raised, in which objectionable things are made. Now the scene of the movie is becoming the crux of the controversy. As soon as the movie was released, this part of the movie had opposed by the Saints of Kashi. A letter was also written to CM Yogi Adityanath to take action immediately.