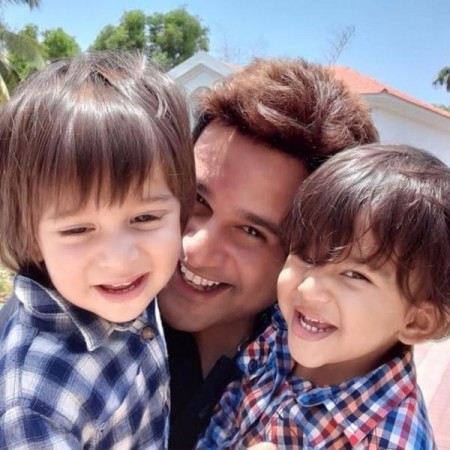 Comedian Krushna Abhishek has made a special place in the hearts of people on the basis of his work. Krushna married Kashmira Shah in 2013. In the year 2017, Krushna and Kashmira became parents of twins. Recently, Krushna has gone to Manish Paul's show. Where the actor has also made many interesting revelations.

Krushna has said that - when my father was suffering from cancer and he said that he is going to be born once again as Krushna's son. When they realized that something was happening to them, they said - don't worry. I'll be back as your son. It is surprising that our sons were conceived on the thirteenth day of my father and one of my sons appears to be exactly a friend of my father. Some people are treating it as a myth that you are seeing your parents in your children and pets. But it really does, not a myth. One of my sons makes me look exactly like my father.

Krushna continued, "I love Salman Khan very much. His heart is very kind. He wanted me to have children too. He used to tell me, 'Krushna, I wish you had children.' When my children were born, I was the first to tell them about it. He loves my kids very much.''