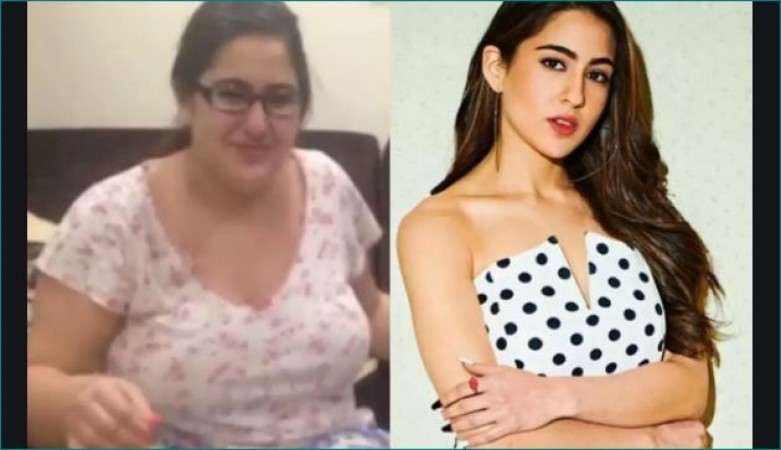 Recently, shocking news has surfaced about Sara Ali Khan. She once weighed 96 kilos and told about this in a conversation with Karan Johar in 'Koffee with Karan'. During that time Sara had said that she has a serious illness and due to that her weight was increasing continuously. Indeed, Sara Ali Khan has an incurable disease called polycystic ovary syndrome (PCOS) and very few people know about this disease. In fact, this serious disease occurs in girls and this disease shows symptoms like increased weight and irregular periods.

It is ovarian disease and due to this, hormonal disturbances of girls start occurring. At the same time, in this disease, the level of male hormone (androgen) starts to increase more than the female hormones in the body and many cysts are formed in the ovaries due to PCOS. It is said that these bales are small in size and filled with fluid. After that, these lumps gradually become bigger and then they obstruct the process of ovulation and due to lack of ovulation process, women suffering from PCOS are less likely to conceive. It is said that women with PCOS also have the possibility of developing type-2 diabetes and when this disease occurs, its symptoms are something like this.

Such as excessive bleeding during periods. Irregular periods, unwanted hairs, pimples, frequent weight gain, headache, behavioral changes, insomnia, skin diseases, such as sudden brown spotting or excessive acne. To belong to. Infertility or lack of pregnancy and lack of sexual desire in married women. Now Sara has got rid of this disease to a great extent but has not been able to get rid of it completely.