Post Covid19 global crisis and economic slowdown, taking about ‘Ease of Doing Business’ of economic sectors and industries is itself a challenge since most of them are still setting themselves up in line with GST and demonetization. But a policy entrepreneur highly misread for his blunt remarks on listless electric mobility adoption in India; comes up with another masterpiece project in 2-wheeler EVs deployment. And leading the change with example by using an e-Bike instead of car for his daily commute to office.

Abhijeet shown up in the mainstream in 2014 as a young banking and finance professional left his well paid job to join Prime Minister’s Modi, then CM’s Gujarat’s campaign Citizen of Accountable Governance (CAG) in Ahmedabad and from then doing ground-breaking tech-pilots to deliver ease of doing business to emerging technologies. Remembering his on-ground contribution in NPR-UIDAI pilot in Bihar says ‘…by the time government policy moulding machinery reaches its melting point due to the friction that sector faces with bureaucratic autonomy and discretion. Technology reaches another level. I am committed to bring governmental ‘Ease of Doing Business’ at the same pace of the industry or economy sectors with advance services and administrative policy reforms of ASSAR.’

He has an accomplished team for taking up Prime Minister’s concurrent call to search opportunity in this global crisis and initiated deployment of 30,000 electric bikes in the gap formed by surge in home delivery demand created after COVID19 lockdown and giving job to 100000 people resulting with 0.1 percent conversion of existing 3 Crore 2 wheelers doing home-delivery in India.

He is currently serving as National Program Director of Ease of Doing Business program at ASSAR (Advance Services for Social and Administrative Reforms) and tagged as a highly misunderstood policy entrepreneur with his expertise in Public Private Partnership project piloting and funding just because of his audacious criticism of inadequate ‘Ease in Business’ due to bureaucratic autonomy and individual discretion for corruption. A transformative leader by passion, not by profession, his willingness to bring a positive change in business and economy added mirrors to his speeches and made him a no-nonsense keynote speaker at public forums. As his colleagues and co-workers claim, he brings charm to the panel and adds a sparkle to the conversations about the role of government in business; which people do not even wish to address publicly.  He says the words of Grantland Rice ‘It’s not whether you win or lose, it’s how you play the game.’ in his own ways that ‘We do not have resource problems we have utilization issues’.

Second chart of ticket reservation to be released half an hour before train runs, railways change rules 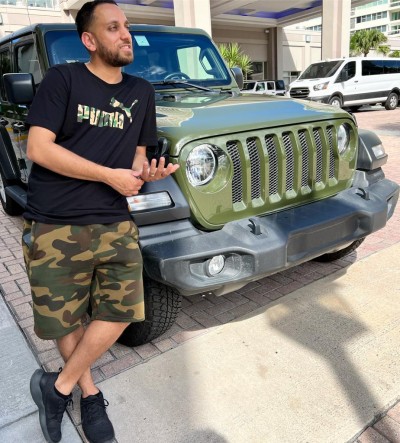