Marvel's release Black Widow seems to be in trouble! The movie for firstly to be a theatrical outing just like other Marvel releases. Amid the covid-19 situation across the world, theaters in some parts of the world were shut and so Disney decided to premiere the film theatrically as well as on the streaming platform at the same time.

Now, this decision has sparked a legal battle between Black Widow star Scarlett Johansson and the studio. American actress Scarlett has been playing the beloved character in the Marvel Cinematic Universe since the release of Iron Man 2. But with the end of Marvel series of Avengers, her character met with the end in ‘Endgame’ hence Black Widow acts as a prequel in the storyline. Currently, the headlines read about Johansson sues OTT platform Disney, a lawsuit has been filed on Thursday in Los Angeles Superior Court. Attorneys for Scarlett alleged that her contract was breached when the studio decided to not release the film exclusively in the theaters. It is claimed that this move by the studio has affected the ticket sales of the film. The suit reads, “Disney intentionally induced Marvel’s breach of the agreement, without justification, in order to prevent Ms. Johansson from realizing the full benefit of her bargain with Marvel.”

In response to the suit, Disney said that it has released Black Widow on Premiere Access following the success of Mulan, Raya and the Last Dragon, and Cruella. This was after Warner Bros announced in late 2020 that every 2021 movie will have the same-day hybrid release. Black Widow was the first time Disney felt comfortable releasing streaming numbers. Apparently, the media giant earned 60 million dollars from Black Widow’s Disney+ Premier Access release alone in the opening weekend. Premier Access may have worked big time for the House of Mouse, but Johansson clearly feels it was unfair to her. 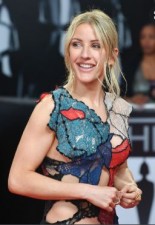 Ellie Goulding suffered a severe panic attack, she feared she was going to die As Beyoncé turned 40, wrote an emotional letter to her fans: "We have grown up together". Here's what Madonna says about Florence Pugh in her autobiographical movie

Video Viral! Actress Nicole Richie accidentally lit her hair while blowing out the candles on her birthday cake