The Indian equities indices ended the holiday-shortened week on a negative note on Wednesday, extending their losses for the third day in a row. In a choppy trading session, the domestic indices gave up their initial gains as investors painted a bleak image of the inflation environment. In March, retail inflation hit a 17-month high of 6.95 percent. In March, monthly consumer prices in the United States grew by the greatest in 16-1/2 years, while inflation in the United Kingdom reached a 30-year high.

The 30-share BSE Sensex down 237 points, or 0.41 percent, to 58,339 points, while the wider NSE Nifty fell 55 points, or 0.31 percent, to 17,476 points. On Thursday and Friday, markets in India will be closed in observance of Mahavir Jayanti/Dr. Baba Saheb Ambedkar Jayanti and Good Friday, respectively. After a four-day vacation, it will reopen on April 18.

9 out of the 15 sector al indices of the NSE- ended in the red. Nifty Bank and Nifty Financial Services underperformed the index by falling as much as 0.87 per cent each.

On Wednesday, European markets were neutral as investors processed a major inflation report from the United States and looked ahead to the European Central Bank meeting on Thursday. In early trade, the Stoxx 600 index in Europe fell just below the flat line, with retail stocks losing 1.3 percent and oil and gas gaining 1 percent. 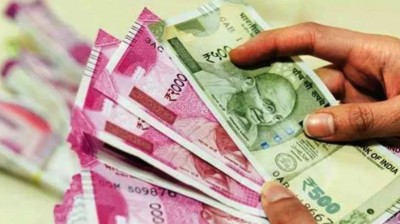 Cooking oil has become cheaper, and the prices will come down