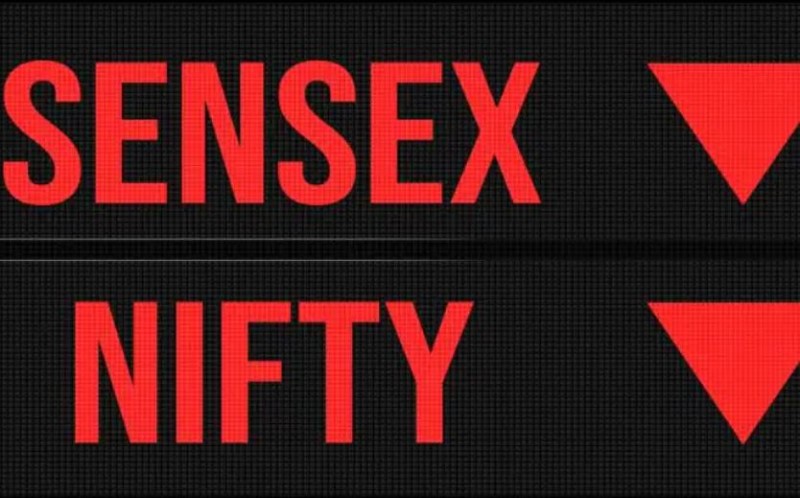 The biggest Nifty losers were, Adani Enterprises, which had a 9 percent decline. Stocks in Eicher Motors, Maruti Suzuki, Adani Ports, Hindalco, Tata Consumer Products, HUL, Kotak Bank, ITC, HDFC Life, Britannia, SBI, and Tata Motors came after that. These equities all had declines of between 2 percent and 6 percent.

The BSE MidCap and SmallCap indices fell 1.24 percent and 0.5 percent, respectively, while the broader markets also fell in step with benchmarks. Over 2,100 equities were in the red, compared to approximately 1,400 green stocks overall on the BSE. Today, the volatility index (India VIX) increased by more than 7 percent.

With the exception of the Nifty Pharma index, which increased 1 percent, all other sectoral indices experienced profit booking. The Nifty Metal index experienced the biggest decline, falling by 3 percent. It was followed by the Nifty PSU Bank index (down 2.7 percent), the Nifty FMCG and Auto indexes, and then (2 percent each).

International Markets: As markets started the final three months of the year, European stocks declined on Monday. Early trading saw a 1 percent decline in the pan-European Stoxx 600 index, with financial services sectors leading declines at -1 percent and oil and gas stocks up 1.3 percent.

Following a gloomy trading day in Asia-Pacific markets during which the price of oil fluctuated sharply, there is a decrease in Europe. ASX 200 down 0.27 percent, and Hang Seng fell 0.8 percent. Nikkei, on the other hand, rose 1 percent.