Bollywood actress Shabana Azmi was seriously injured in a road accident on Mumbai-Pune Expressway. After which he was admitted to Kokilaben Dhirubhai Ambani Hospital (KDAH) in Mumbai. After this, many film personalities reached the hospital to take care of her health. During this, everyone also told the media about her health. Now Shabana's husband and veteran lyricist Javed Akhtar has told the latest news related to her health.

Boney Kapoor met Shabana Azmi, came out and told about her condition

Javed said that Shabana is much better than before. She can be shifted to a normal room till Thursday. With this, Javed has said that our family would thank all the friends and loved ones who wished Shabana to recover soon. Therefore, I would like to tell you that she is recovering. Hopefully, she will be shifted to normal room by tomorrow. Significantly, on January 18, actress Shabana Azmi was injured in a road accident. Her car collided with the truck. Azmi suffered a head injury in this accident. The actress and her driver Kamlesh Kamat (69) were admitted to MGM Hospital in Navi Mumbai and were shifted to Dhirubhai Ambani Hospital in Andheri on the same day.

Shabana's car collided with a truck on the Mumbai-Pune Expressway, after which the truck driver filed a case against her driver. The police also filed an FIR against the driver Amlesh Kamat. However, the police did not arrest Amlesh. The truck driver in Khalapur has registered a case against Shabana's car driver. The truck driver alleges that the car collided with the truck running on the Mumbai-Pune Expressway due to the driver's rash driving. Shabana was seriously injured. The police has registered a case against the driver of Shabana under section 279 and 337 of the Motor Vehicle Act. According to the tweet of ANAI, the police say that since the accused gets bail in this case. So the car driver has not been arrested but the notice has been issued. Significantly, after shifting Shabana to KDAH hospital in Mumbai, many Bollywood stars came to meet her. These stars include Anil Kapoor, Tabu, Boney Kapoor and Anil Ambani. 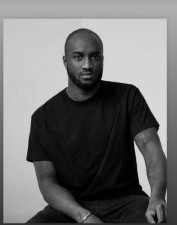 Bharti Monga: In Conversation With The Miss Universal Queen 2021 Winner