Birthday: Amjad Khan's son flopped in acting but went ahead in writing Everyone in Bollywood knows him by the name of Gabbar, Amjad Khan, who has done many hits in Bollywood. But talking about his son there, his coin could not freeze in Bollywood. That is, Amjad Khan earned the name, but his son Shadab Khan was not able to do the same. With this, let us tell you that Shadab Khan is celebrating his 46th birthday today. Special things are known on this occasion.

Birthday Special: This Bollywood godmother played the role of a lesbian in this film

Shadab Khan was born on 20 September 1973 in Mumbai. He did his studies in Mumbai only. Talking of Bollywood journey, Shadab Khan made his Bollywood debut in 1997 with the film 'Raja Ki Aayegi Baaraat' with Rani Mukerji. These films were not very successful, nor did people like Shadab's acting more.

After a flop film, Shadab worked in a few films, but he could not succeed. That is, he was a flop in acting. After flopping in films, Shadab distanced himself from Bollywood. After this, Shadab thought of doing something that would illuminate his father's name. Thinking this, Shadab Khan first tried his luck in the direction and thought that he will succeed there, but there was a disappointment too.

Isha Koppikar started her acting career with the film 'Fiza', now she does this job

The good thing is that this book of Shadab Khan became very popular. Amitabh Bachchan also praised this book and Shadab's writing was very much appreciated. Today, Shadab Khan is earning a lot of name as a writer.

Even though Shadab Khan could not carry on the acting legacy of his family, but he decided to earn a different name in the world of writing and he was successful in that too.

Birthday: This actress is famous by face, not by name, died because of this reason! 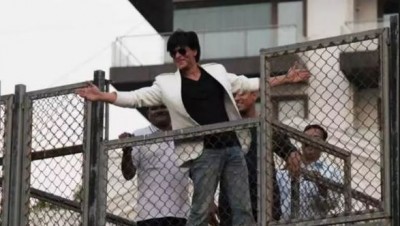