One of the most loved actors of Bollywood, popularly known as King Khan once revealed that his father was the youngest freedom fighter, Shah Rukh Khan’s father Taj Mohammed Khan was a freedom fighter, His father died of cancer when Shah Rukh was 15 years old.

In an old interview, when Host asked Shah Rukh, “The elders in your family have had a very revered and honourable connection with this country's politics. So what would you like to say about today's political situations?” To this, the actor said, “My family especially my father, we all were very closely connected with the country's politics of those times (pre-independence India) because my father himself was the youngest freedom fighter of this country and related to people like General Shahnawaz."

Shah Rukh also said that his father tells him, “Aye badmash Idhar Aao, aye Ullu Ke Patthey tum Apne Aap ko Itna hero Bann Ke Ghumte Rehte ho (Hey you mischievous boy come here. You son of a donkey, you roam around like a hero). You should never take your freedom for granted. We have given it to you so always maintain this freedom. At that point in time, I really used to think that by the freedom he meant from a foreign rule or something but now I understand after having grown up that this freedom he was talking about was in terms of poverty maybe, freedom from misery.”

On the Professional front, Shah Rukh Khan will be seen next in Pathaan, The film is directed by Siddharth Anand and will also star Deepika Padukone and John Abraham. He also has Atlee's Jawan and Rajkumar Hirani's Dunki in the pipeline. He was last seen in Zero which has failed to win the heart of the audience. 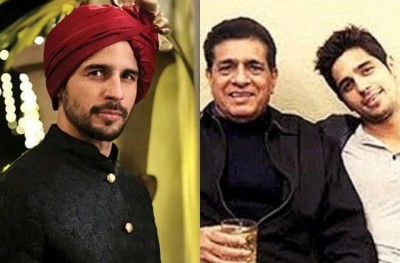