Nowadays anything goes viral, be it a video or a photo. This is an internet era and matrimonial advertising is also considered common in this era. However, some of these bizarre types of advertisements sometimes make headlines. Now one such advertisement is becoming very viral on social media these days. Yes, and the strange thing in this matrimonial advertisement is that the family is looking for a groom, but they do not want a software engineer. Yes, the family will be happy with a doctor, IAS, businessman and IPS professional as a groom but not a software engineer. This advertisement is becoming increasingly viral on social media. It has been shared by businessman Sameer Arora on Twitter.

Yes and in this post, a matrimonial advertisement is being seen in a newspaper. You can see the advertisement reads- "Looking for a groom for a beautiful 24-year-old girl from a rich family. The family wants a groom who is an IAS/IPS or doctor (PG) or an industrialist/businessman of the same caste.'' The end of the ad says, "Software engineer kindly do not call." On the other hand, Sameer Arora posted the ad and wrote in the caption, "The future of IT doesn't look so good."

After seeing this, a user wrote- Are we so bad? At the same time, another user has written- No problem engineers are not dependent on matrimonial advertisements of some newspapers. They are able to find themselves. Many such users have responded.

30 lakh snakes are cultivated in this village, reason will blow your senses 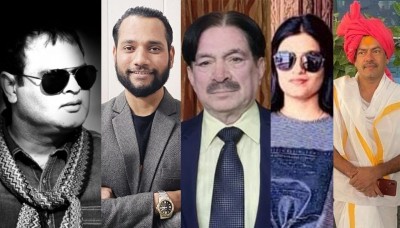