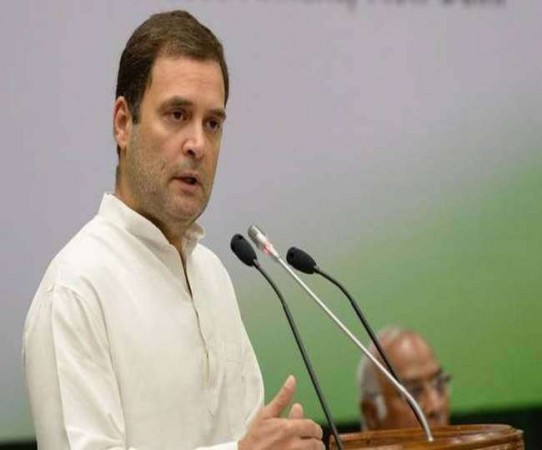 In the CWC meeting, Sonia Gandhi has offered to resign from the post of interim president of the party. She has said to continue the process of election of the new party president. Sonia has submitted her resignation citing a letter written by Ghulam Nabi Azad, including other leaders, about the change of leadership.

She has replied to the letter to party general secretary KC Venugopal. Expressing displeasure over the letter, Rahul Gandhi said that Sonia Gandhi was admitted in the hospital at the time when the letter was sent. The letter was written at a time when the Congress government in Rajasthan was struggling with crisis. What was written in it should have been discussed in the CWC meeting instead of the media. Rahul Gandhi accused that those who have written the letter have colluded with the BJP.

It has been learned that senior leaders like Kapil Sibal and Ghulam Nabi Azad have been angry at this statement. After which the party's national spokesperson Randeep Surjewala has presented a clarification. Then Sibal has deleted his tweet. Surjewala said that Rahul Gandhi's talk did not mean to hurt Party leaders' sentiments.

"Please do not get confused by false media interaction or dissemination of false information. All of us together have to fight against the Modi government and not against hurting each other or against the Congress". Now Congress leader Ghulam Nabi Azad has told that Rahul Gandhi never said that this letter (Congress leaders' letter to Sonia Gandhi) was written in association with BJP. Neither in the CWC meeting nor outside.