Sonu Sood shared the post on Twitter and wrote: 'Very sad to hear of the passing away of Shiva Shankar Masterji. We tried our best to save them but God had decided something else. We will always remember Masterji. God give his family the power to endure this suffering. Cinema will always remember you sir.' With this he has also shared a heartbreak emoji. 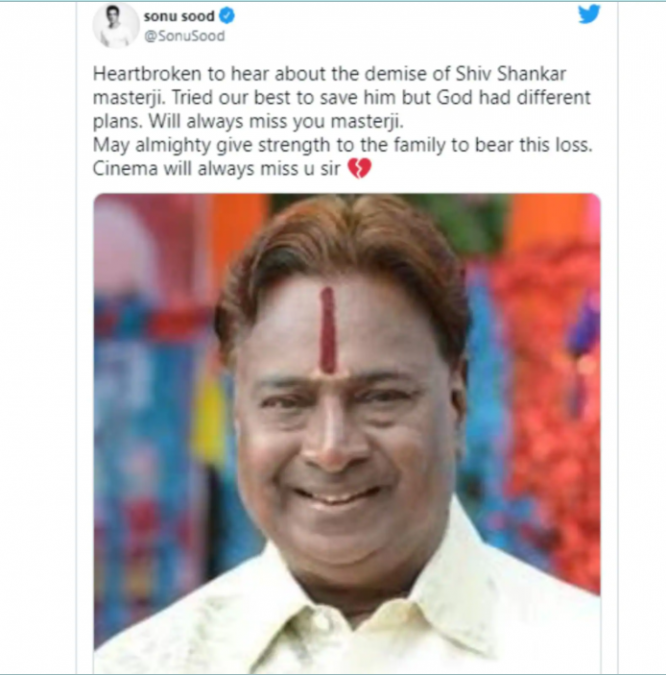