After the death of Sushant Singh Rajput, a video has come out of Rabia Khan, the mother of the late actress Jiah Khan, which is going viral . Let us tell you that in this video, he has alleged that, 'When I met a CBI officer in Beti's case, he told me that I got a call from Salman Khan. He calls every day and says that we have invested a lot of money on this boy, do not interrogate the boy, do not touch him, what can we do, Madam. On the other hand, after this video of Rabia Khan appeared, now Suraj Pancholi's sister Sana Pancholi has come to the rescue of her brother.

In fact, commenting on Rabia Khan's video, Sana Pancholi has commented on him very well and has written, 'Rabia Khan stop spreading hatred and lies. You know that you are constantly lying about the Suraj and in this case Salman's name is just dragging to get attention. Rabia, many people know that you want to ruin the life of the Suraj. 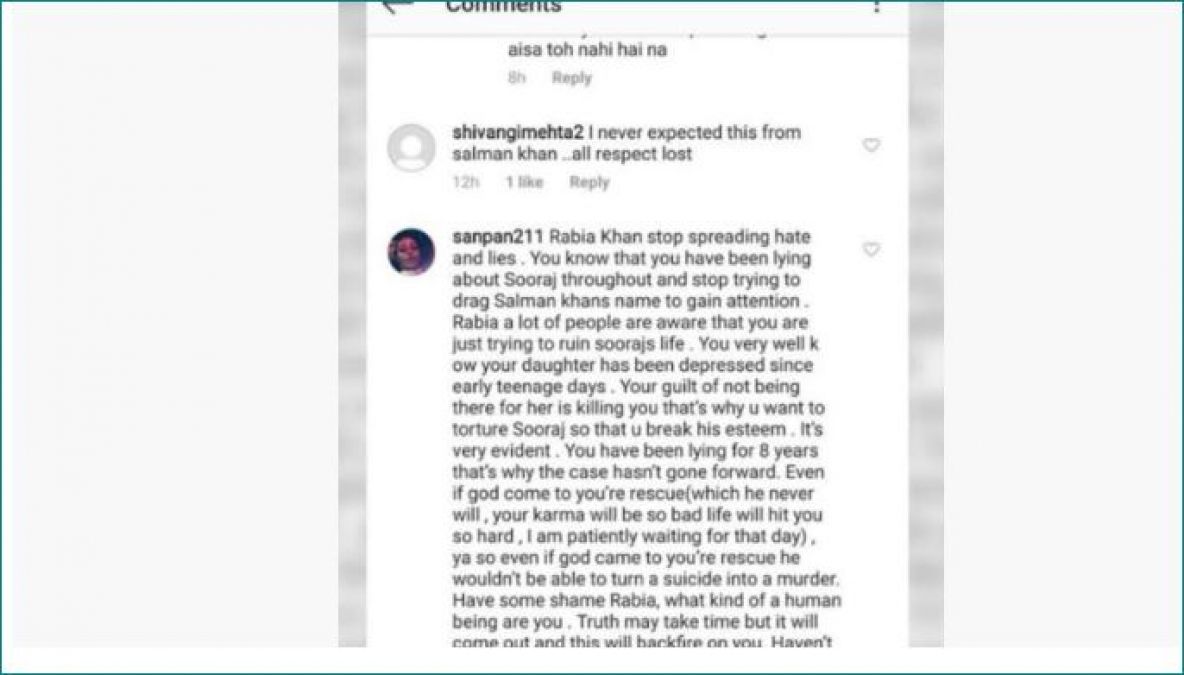 With this, she further wrote, 'You knew very well that your daughter Jiah Khan was struggling with depression since her teenage days. When your daughter was in need of you, you were not with her and you are upset because of this gilt. That is why you want to break the honor of the sun. It is clear You have been lying for 8 years why the matter could not proceed. If God also comes to your rescue, then he also cannot convert suicide into murder. Something to be ashamed of, Rabia, what a person you are God is watching everything. By the way, Jiya was a great actress and people loved her very much. She also shocked everyone by committing suicide.

Talentrack Awards: These stars recives Awards for their excellent work on digital platform