Priyanka Chopra's Jethani and Game of Thrones fame actress Sophie Turner is going to become a mother for the second time. After the news of her pregnancy came, now her photos have also started coming to the fore. Sophie and Joe Jonas have attended the Vanity Fair Oscar Awards Ceremony in the past. This was the first official appearance of pregnant Sophie during the pregnancy discussions. Now a few days after the Oscars, Sophie is again caught on camera flaunting her baby bump.

Sophie is seen with her husband Joe Jonas at the Miami Local Farmers Market on Sunday afternoon. She carried a cool casual maternity chic look. Sophie was wearing a classic black maxi dress, she was seen in sunglasses and open hair. This black summer dress of hers is working to give a cool and casual look to Sophie's maternity fashion. At the same time, Joe Jonas appeared in a floral print blue shirt and pieces of denim.

Sophie flaunts baby bumps at the Vanity Fair Oscars: According to media reports, the picture of Sophie and Joe from the Vanity Fair Oscar party is becoming increasingly viral. Sophie wore a long sleeve red gown at the event. Sophie's baby bump is clearly visible in this puff gown. She accessorised the look with a red gown with a ponytail hairstyle and stone studded earrings. 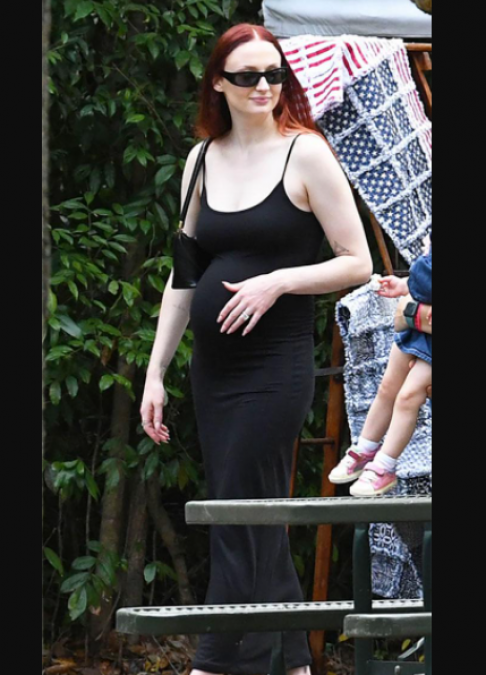 Priyanka Chopra was seen playing baseball with her husband