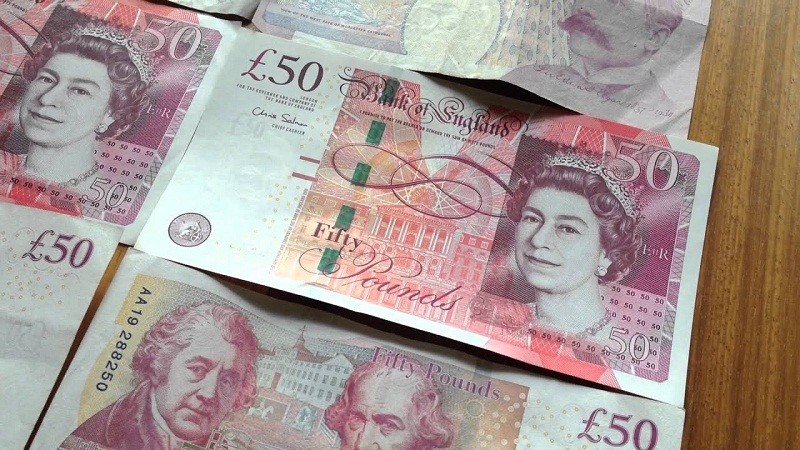 Britain's pound rose on Monday, holding near two-week highs against a broadly weaker dollar, as traders await significant industrial data from the UK this week.

Sterling has risen 0.46 percent against the dollar to USD 1.25530 by 0836 GMT, its highest level since May 5. The pound's success is partly due to broad dollar weakness, as investors sold the greenback in the assumption that relaxing Chinese trade restrictions would assist global development.

"On cable, we went from a bit more of a UK-focused backdrop last week to a worldwide focus this week," said Simon Harvey, head of Forex  Analysis at Monex Europe. "Tomorrow's PMI statistics will focus more on how the UK's present economic activity compares to that of the Eurozone and the United States, and what this means for the UK's growth prospects," says one analyst.

Early last week, strong labour data reinforced views that the Bank of England will need to keep raising interest rates to combat high inflation. Retail sales in the United Kingdom unexpectedly increased in April, according to data released on Friday. Expectations were dampened a few days later when inflation touched a 40-year high, raising questions about how far the BoE can raise rates without triggering a recession.

"We have  seen a renewed enthusiasm from policymakers in the last week or so to keep rising rates despite the continued growth expectation," Harvey added. "So it's a bit of a 180 from May 5, when it was thought they'd trek once or twice before taking a long break before the summer," Harvey said.

Since December, the Bank of England has hiked interest rates four times, more than any other major central bank. Sterling was nearly unchanged against the euro, trading 0.04 percent lower at 84.56 pence by 0829 GMT.