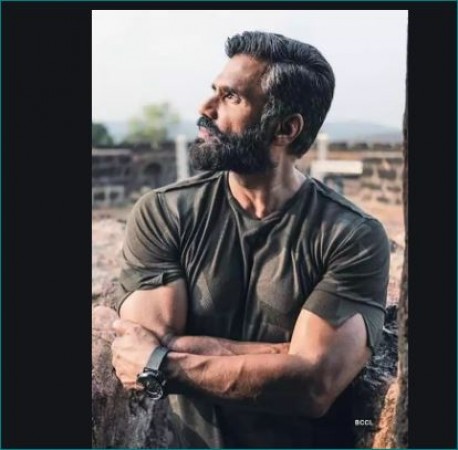 There is big news about Bollywood actor Sunil Shetty. In fact, recently, he has lodged a complaint against a production company in Mumbai for sharing the poster of a fake film. It is being told that this poster has shown that Sunil Shetty is playing the lead role in the film, though nothing like this. The actor has filed a complaint in Versova police station on Wednesday.

The actor has stated in the complaint that his name and picture are being used for a show without his permission. The police officer has also talked about this matter. He says, "Sunil Shetty lodged this complaint on Wednesday at the Versova police station." At the same time, he told that Sunil Shetty has accused Ekta Kapoor Balaji Media Pvt Ltd of using his picture without his permission and lying that he is playing the lead role in the film.

Apart from this, Neil Shetty has also alleged that the company is contacting people and is asking for money from people in his name. Well, now the police have said about taking action on it. Police say no FIR has been registered so far as the investigation is on. Now it has to be seen what comes in the police investigation in this case and what happens next?

Javed Akhtar wants to make Rakhi Sawant's biopic; which actress can get casted as main character?