Today is the birthday of famous singer Suresh Wadekar. He is celebrating his 67th birthday today. Born on August 7, 1955, Suresh was fond of singing since childhood. He also started taking music training at the age of 10. The family also promoted this hobby of his and he has been able to make his mark as a famous singer in Bollywood. Apart from Hindi and Marathi, he has also sung songs in many other language movies. Let's take this opportunity to know some interesting stories related to his life.

Reports say that once Madhuri Dixit's proposal was sent to this singer, which was turned down by the singer. This was during the period when Suresh Wadekar started making his mark as a singer. Then the singer's family was planning his wedding. When one of Madhuri Dixit's family friends came to know that Suresh's family members were looking for a girl for his marriage, he put Madhuri's name forward. Madhuri had a keen interest in dance and music. In a way, the relationship was perfect. Together, Madhuri also liked Suresh.

When the talk of Suresh's relationship with Madhuri started moving forward, the singer also expressed his desire to meet the actress. The Wadekar family had refused to have this relationship, as they then found Madhuri very thin. Reports say that Suresh Wadekar has also sung many superhit songs with Lata Ji. He has also sung songs in Hindi and Marathi as well as Konkani and Bhojpuri languages. She has sung many scintillating songs like 'Megha Re Megha Re', 'Seene Me Jalan' and 'Main Hu Prem Rogi'. He has also sung the famous songs 'Chhod Aaye Hum' and 'Chappa Chappa Charkha Chale' from the movie 'Maachis'. 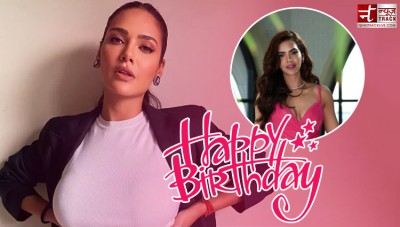