With the government allowing film shooting in the latest lockdown relaxation, k-town actors and technicians have begun resuming work. While music composer GV Prakash has already begun composing for actor Suriya's upcoming film 'Vaadivaasal' directed by Vetrimaaran, the latest buzz is that the team will resume shooting for film only in September.

Though the film was supposed to begin long back, both Suriya and Vetrimaaran waited for the country to return to normalcy from the COVID19 pandemic. The film will be produced by Kalaipuli Thanu. The producer had secured the rights of the novel titled Vaadivaasal by Tamil writer CS Chellappa. And, as the title suggests, the film is based on Jallikattu, an ancient sport in Tamil Nadu. It is said that two are waiting till September before rushing into the shooting as the film has several scenes involving hundreds of junior artists, they don't want to take any risk.

The story of Vaadivaasal revolves around Picchi getting a chance to take revenge at Chellaiyi festival organised in Periyapatti and it was buzzed earlier that Suriya might end up playing both son and father.

Vinay Rajkumar’s film with Anusha Ranganath, 10, is gearing up for its date with audiences 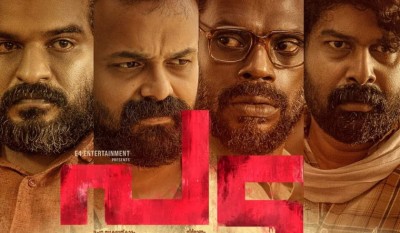