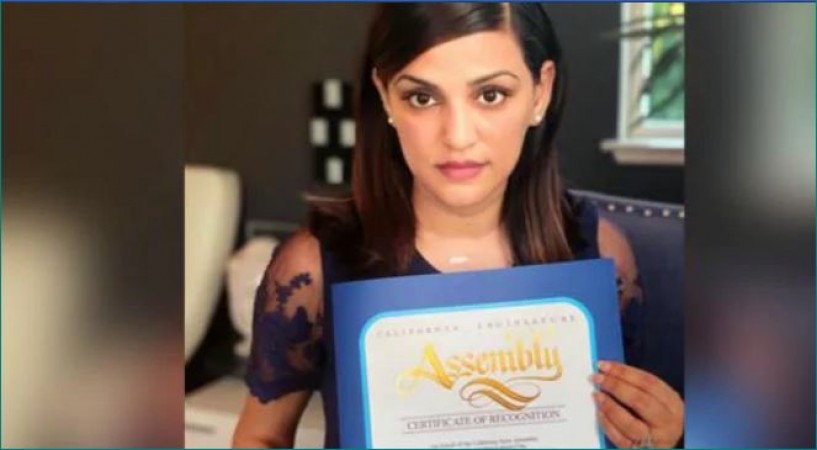 Today, on the 74th Independence Day, all are immersed in patriotic colors. Meanwhile, many people are also immersed in the memories of Sushant. Yes, let us tell you that on this special day now, the California State Assembly has honored Sushant Singh Rajput. Yes, according to the information received Sushant has been awarded for his contribution to cinema and society. He is not alive today to receive this award, but his sister Shweta Singh Kirti has taken this award for him.

On the occasion of Indian Independence Day California recognizes my brother’s @itsSSR overall contribution to society. California is with us.... are you? Thanks for your support California. #GlobalPrayersForSSR #Warriors4SSR #CBIForSSR #Godiswithus pic.twitter.com/owfFhV2XnM

Recently, Shweta has tweeted a photo with a certificate written in the name of Sushant, which you can see. After sharing this picture she writes- 'California has appreciated my brother Sushant Singh Rajput's contribution to society on the occasion of India's Independence Day. California is with us. Are you with us California Thank you for your support. #GlobalPrayersForSSR # Warriors4SSR #CBIForSSR #Godiswithus' You all will know that not only India but also Hindustani living in America are also seeking justice for Sushant Singh Rajput at this time.

In the case of Sushant, all are constantly demanding from the government for a CBI inquiry. At the same time, on August 15, Global Prayer has been kept for Sushant. Sushant's sister Shweta Singh Kirti had told about this. By now, not only ordinary people but many Bollywood and TV celebs are also demanding a CBI inquiry for Sushant's case. These include Kriti Sanon to Varun Dhawan, Aditya Pancholi, Ankita Lokhande, Kushal Tandon and many more stars.