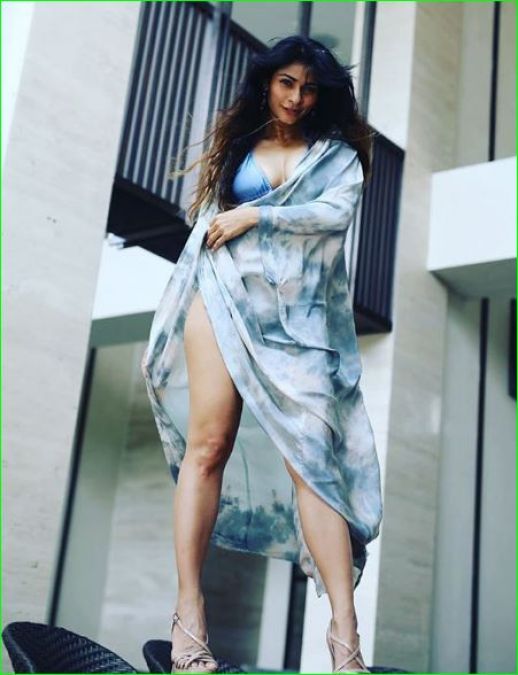 Famous by the name of Singham in Bollywood, Ajay Devgn's sister-in-law and Kajol's sister Tanisha Mukherjee show her hot looks. She still shared some of her bold pictures on social media a few hours ago which you can see. At the moment, her pictures are becoming viral on social media very fast and are also being liked by everyone.

These three superstars appeared in a frame with Amitabh Bachchan, Big B shared picture

Kajol's sister Tanisha Mukherjee seems very active on social media and she makes fans happy by uploading a new photoshoot every day. She started her acting career in Bollywood 16 to 17 years ago but did not flop. Like Tanisha Mukherjee Kajol, Tanuja and Ajay Devgn, she has not been able to make a special place but she is in the headlines with her hotness.

Tanisha Mukherjee has given 11 consecutive Bollywood flops after her debut, but she is still famous for her hotness. Bollywood actress Tanisha Mukherjee is in the discussions due to her new photos. Let us tell you all, recently, Tanisha Mukherjee revealed during the interview that 'she will try her luck behind the scenes now'. Yes, to see what she does.