Prabhas and Pooja Hegde's 'Radhe Shyam' is estimated to be one of the biggest movies of 2022. Several posters and songs of the movie have been released. Now keeping in mind the theme of the movie, the teaser video of Radhe Shyam's song 'Aashiqui Aa Gayi' has been released, the song is slated to release on December 1.

According to media reports, Radhe Shyam's team has shared a promo of their upcoming song 'Aashiqui Aa Gayi'. In the promo you can all see Prabhas and Pooja taking a walk in a cute blue matching outfit by the sea making it feel like a dream sequence, a special Hindi song which is going to be especially for Hindi song lovers. The song has been sung by Arijit Singh and the music is composed by Mithun. 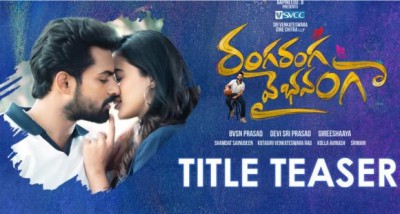