'If you're a Muslim, then you must be a terrorist...' ISIS magazine provoking Muslims New Delhi: Islamic terror group ISIS's digital magazine Voice of Hind has released its new version, in which it has provoked Muslims to "withdraw Babri from Hindus." The cover page of the latest version of the ISIS mouthpiece is titled, ''If you are a Muslim, then you must be a terrorist, so terror them...'' 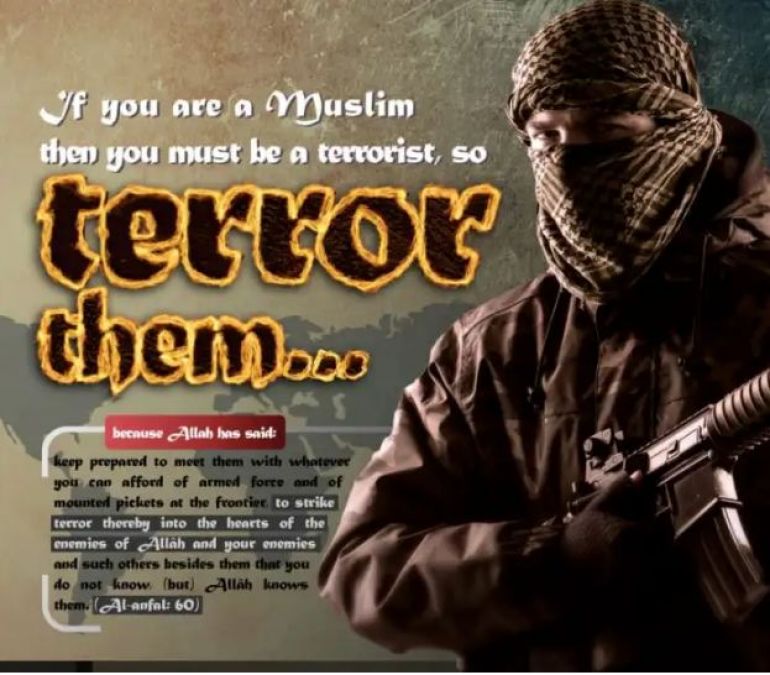 The next page has a picture of Hindus with a saffron flag on top of a building with the caption: 'O Muwahhid take back Babri Masjid from Hindus.' Muwahhid means a 'good' Muslim who does not believe in anyone other than Allah. The magazine talks about the Babri structure in detail. The terror group has provoked Muslims to speak of a "punishment" that "remembers future generations of Hindus." At the same time, ISIS has asked Indian Muslims to wage violent jihad against the Government of India. The magazine says, ''Instead of defending ourselves, we need to attack, because 'attack is the best defence'.'' 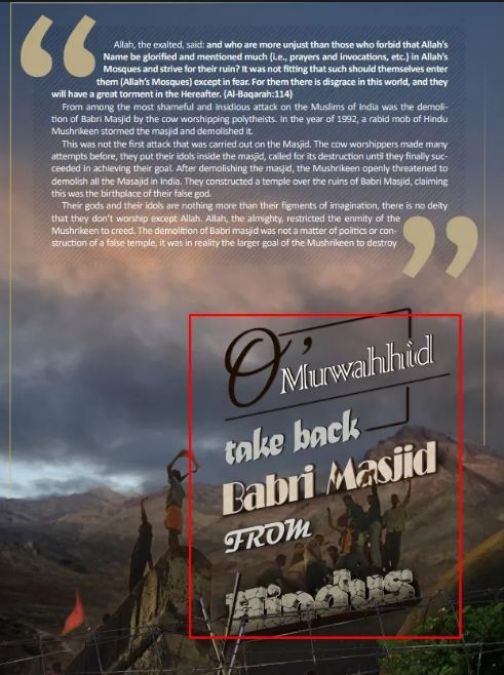 Showing Hindus as 'polytheists who worship cows,' ISIS magazine has tried to provoke Muslims by calling the demolition of the Babri structure the "most shameful and insidious attack on Muslims in India by a mad mob of Hindu Mushrikins." Here's how the word 'cow urine' is commonly used by hardcore Islamic people to show hatred against Hindus. Pulwama suicide bomber had also termed the bombing as a punishment for "cow urine drinkers." The video was made by the terrorist before blowing himself up.