One of the most loved actors in the south Industry, Vijay Deverakonda made his bollywood debut in Liger with Ananya Panday but the movie proved a disaster. According to the information he appeared for questioning in connection with his recently released movie 'Liger' in Hyderabad. ED summoned actor and producer Charmee Kaur and Director Puri Jagannath after they received a complaint stating that foreign funding including Hawala money was invested in the movie. Vijay Deverakonda was questioned for almost 12 hours.

After the questioning of 12 hour, Vijay Deverakonda said, “With great popularity comes challenges and there’s nothing you can do about it. But I see this as an experience. I did my duty when they called. I went and answered their questions” The actor also confirmed he was questioned for 12 hours but didn’t say if he has been called again.  As per the information, “The ED officials wanted to know the name of the company or individuals who funded the movie. They strongly believe that the money used to fund the movie came from abroad. They’re investigating to check if any of this funding was in violation of FEMA.”

Speaking of Liger, a sports drama released on August 25. The film marks Vijay's debut in Hindi cinema and Ananya's first multi-lingual film. The film will release in Hindi, Telugu, Tamil, Kannada, and Malayalam. It is produced by Jagannadh, Charmme Kaur, Karan Johar, and Apoorva Mehta. , he returned to acting with his Bollywood debut in the film, Ae Dil Hai Mushkil, co-starring Ranbir Kapoor, Aishwarya Rai Bachhan and Anushka Sharma. 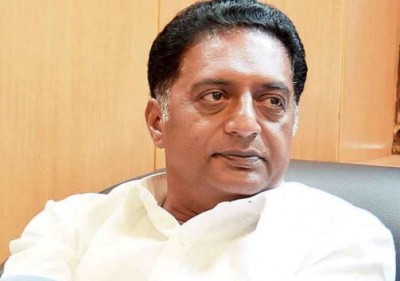