Display of OnePlus Ace Racing Edition: The OnePlus Ace Racing Edition also offers you a 6.59-inch flat IPS LCD display, a Full HD+ resolution of 1080 x 2412 pixels, and a refresh rate of 120Hz. A punch hole is also being given at the top left of the display of this wear and its fingerprint sensor is given on the power button. The weight of this smartphone can be around 205 grams.

OnePlus Ace Racing Edition's camera: This 5G smartphone from OnePlus, which works on the MediaTek Dimensity 8100 SoC chipset, also gives you a triple rear camera setup, which is coming with a 64MP main sensor, 8MP ultra-wide camera and a 2MP macro camera. It also includes a 16MP front camera.

Other features of the OnePlus Ace Racing Edition: The OnePlus Ace Racing Edition is being offered in 2 colours, Gare and Blue. In this smartphone, you are also being given a 5000mAh battery and 65W fast charging support. The OnePlus smartphone is being offered in three storage variants, one in 8GB RAM and 128GB of storage, one 8GB ram and 256GB storage and 12GB RAM and 256GB storage. Not only this, no information about how much this smartphone of OnePlus is being given for how much money has been officially revealed so far, it is estimated that the price of this phone could be $382 (about Rs 29,600). 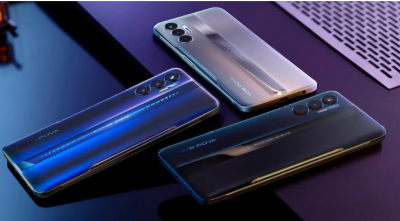