Balasore: A woman in Odisha's Balasore has accused her husband and family members of forcing her to have sex with a Tantrik. According to the woman's complaint, the Tantrik allegedly raped her for 79 days on the pretext of resolving her marital dispute in the Jaleshwar area of the Balasore district. The victim has lodged a case against her husband and family members in addition to the Tantrik at Jaleshwar police station.

According to the report, in her complaint to the police, the woman has said that she got married in the year 2017. Six months after the marriage, her in-laws started harassing her. When she spoke to her husband about this, he also accused the woman. A few days later, her husband went out in connection with work. The woman's mother-in-law Geeta Rani then took her to the Tantrik. She told the woman that the Tantrik would end her family dispute, but for this, she would have to stay with the Tantrik for a few days. It is alleged that even after the woman's protest, the in-laws left her there.

On April 28, the woman got the phone call from the Tantrik. Thereafter, the woman called her parents and informed them about the entire matter. Her parents immediately called the police. Acting on the news, the police freed the woman from the custody of the Tantrik. In this incident, the woman has filed a case against her husband Nilamani Jena, father-in-law Purnachandra, mother-in-law Geeta Rani and Suryamani. Balasore SP Sudhanshu Mishra said that a case has been registered at Jaleshwar police station, and an investigation is on.

Zakir and Nazim used to cook meat on roof of Hanuman temple, throw bones on the premises 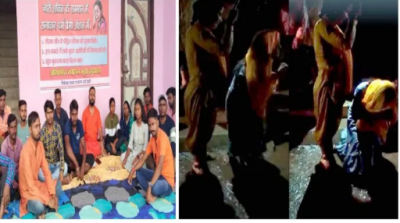